The Tatra 75 is a Tatra car which was built in series from 1934 to 1942 in Kopřivnice in Czechoslovakia. It replaced the Tatra 54 .

The vehicle has a top-mounted , air-cooled four-cylinder boxer engine with 1688 cc and 30 hp (22 kW) power. The newly developed engine double-mounted and three-cranked crankshaft has light-alloy cylinder heads and drives on a single-disc dry clutch, a four-speed gearbox with intermediate circuit and switchable freewheel and a shaft in the central tube of the frame, the rear wheels . The achievable maximum speed of the approximately 1200 kg heavy car is at 90-100 km / h. The chassis has a central tube, a front axle with two transverse leaf springs and a hingeless rear swing axle, also with transverse leaf spring. There are steel disc wheels installed. 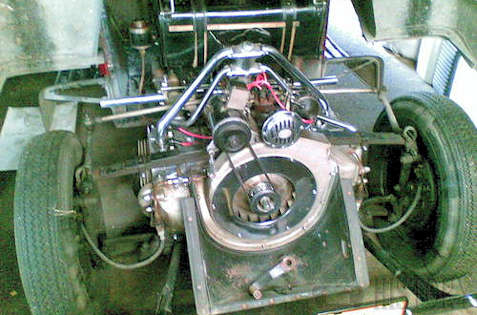 Unlike its predecessors, all Tatra 75 have one Hydraulic brake system and a V-shaped radiator dummy. Bonnet, front grille and fenders were folded up in one piece.There were various 4- and 6-seater sedan superstructures, the latter on extended chassis, offered. Within nine years, a total of 4501 copies were produced. production stopped due to the second word war and the Successor of this model was from 1947 the differently designed type 600 Tatraplan with rear engine . 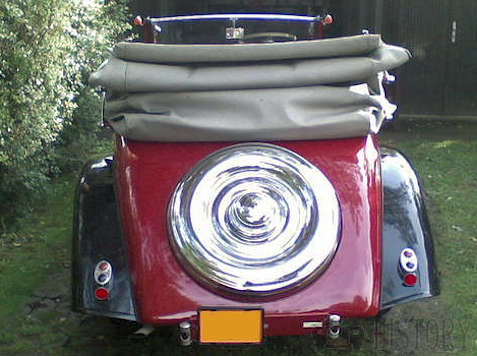