The Tatra 57 was the successor of the small car type 12 , from the Czechoslovak manufacturer Tatra first presented in 1932 .

The vehicle had a boxer engine above controlled fan-cooled four-cylinder V-engine with a 180 ° angle and 1155 cc and 18 hp (13.2 kW) power. The front engine powered via a single-disc dry clutch and an unsynchronized four-speed gearbox with central circuit to the rear wheels. The maximum speed of the 780 kg heavy car was 80 km / h. The chassis was a central tube, the front wheels were suspended on two transverse leaf springs, the rear on a hingeless swing axle with a transverse leaf spring. "Propeller" were the drive shafts - each drive shaft was rigidly connected to a ring gear, which rolled on its drive pinion during compression. All four wheels had cable brakes with length compensation actuated drum brakes, the front axle a rack and pinion steering. 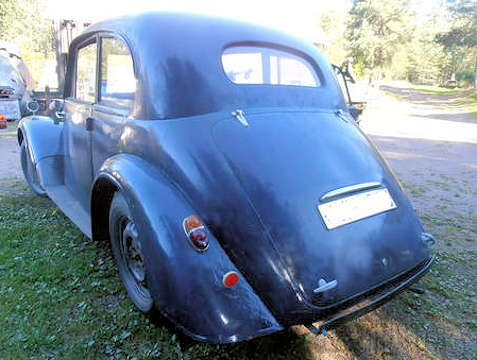