Talbot was an automobile marque that existed from 1903 to 1992, with a hiatus from 1960 to 1978, under a number of different owners, latterly under Peugeot. Talbot participated in rallying, winning the 1981 World Rally Championship constructors' title, and in Formula One. 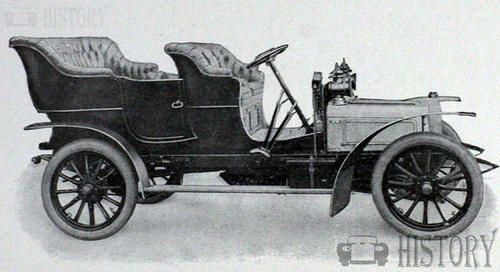 Inception of the British Talbot

Talbot was originally the British marque used to sell imported French Clément-Bayard cars. Founded in 1903, this business venture was financed by Charles Chetwynd-Talbot, 20th Earl of Shrewsbury and Adolphe Clément-Bayard. Starting in 1905, the company sold imported cars under the Clément-Talbot marque and began assembling French-made parts at a new factory located in Barlby Road, Ladbroke Grove, North Kensington, London, selling them under the name Talbot. Domestically-designed cars followed from 1906. By 1910, 50 to 60 cars a month were being made. A Talbot was the first car to cover 100 mph (160 km/h), in 1913.

Parallel Talbots in Britain and France

During World War I, the firm manufactured ambulances. French and British operations continued in separate, parallel production and marketing processes until 1919, when British-owned but Paris-based Darracq took over the company; Darracq-made Talbots were marketed as Talbot-Darracqs. The following year, Darracq was reorganised as part of the Sunbeam-Talbot-Darracq (STD) conglomerate.

In 1916, Swiss native Georges Roesch became chief engineer, and in the 1920s, Talbot built a number of successful models, including the 14/45 hp, or Talbot 105, which was first built in 1926. In the 1930s, Roesch-designed Talbots enjoyed success in racing with the Fox & Nicholl team, their drivers including the Hon. Brian Lewis, Johnny Hindmarsh, and John Cobb (better known for his land speed record attempts). They were also highly successful in the Alpine Trial. 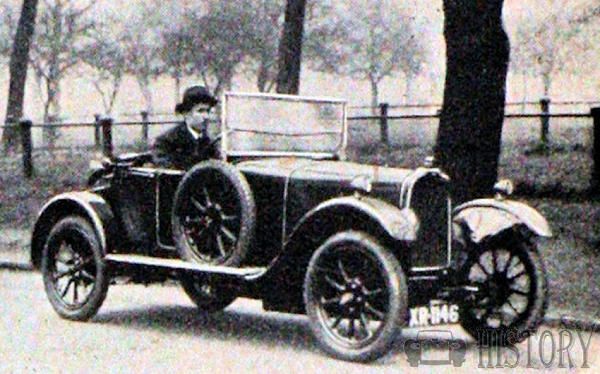 In 1935, the STD combine collapsed and the Rootes Group took over Clément-Talbot. For Rootes, immediate sustainability was more important than re-engineering - the existing models were simply rebadged. The French factory was bought by Antonio Lago who used Talbot-Lago as a marque afterwards.

In Britain, Sunbeam and Talbot marques were combined in 1938 to form Sunbeam-Talbot. Production of Sunbeam Talbot automobiles ceased during World War II and resumed again in 1946, and the Talbot name was dropped in 1955. The Sunbeam name continued under the Rootes management (Rapier, Alpine and Tiger) until 1967 when control was taken over by Chrysler.

After the war, only the French Talbot-Lago continued until 1960. The marque was bought by Simca in 1958.

In 1967, Chrysler took over Rootes and merged it with Simca to form Chrysler Europe. The Talbot name was not used in this era, although the Chrysler "Pentastar" logo and name (used as the marque) gradually replaced the Rootes brands as the 1970s progressed.

Chrysler had just developed with Simca new Horizon/Omni line, and the Talbot Horizon was produced in Finland at Uusikaupunki factory. Other Chrysler-based Talbots were also made there, Talbot 1510 and Talbot Solara. The top-of-the line model was called Talbot Solara VIP. 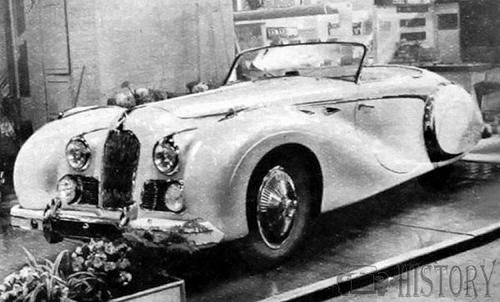 At the end of 1978, Peugeot took over Chrysler Europe and resurrected the Talbot name — using it to re-badge the former Simca and Rootes models. The Peugeot takeover saw the end of Chrysler Hunter production, but the Chrysler-designed 1510 (Alpine in UK), and Horizon remained in production.

All former Chrysler products registered in Britain after 1 August 1979 bore the Talbot badge.

The last remaining car produced by the Rootes group, the Chrysler (previously Hillman) Avenger, remained in production as a Talbot until the end of 1981; production also ended, in 1981, of the Avenger-derived Talbot Sunbeam. The entry-level model in the Talbot range from 1982 onwards would be the Talbot Samba, a three-door hatchback based on the Peugeot 104.

In 1981, Peugeot began producing the Talbot Tagora, a boxy four-door saloon marketed as a Ford Granada or Vauxhall Carlton/Opel Rekord rival. But it was not popular in either Britain or France and production ceased in 1983.

At the end of 1984, the Alpine hatchback and its related Solara saloon were rebadged Minx and Rapier depending upon specification rather than body shape. The new names were inherited from the Rootes Group; Rootes had previously produced the Hillman Minx and Sunbeam Rapier. These cars were produced until 1986. Rootes names still crop up occasionally; there was a Peugeot 605 "Sceptre" model, the right to that name being inherited from the Humber Sceptre.

At the end of 1985, Peugeot replaced the Talbot Horizon with the Peugeot 309. Peugeot had originally planned to sell the car as the Talbot Arizona but had now changed its plans and was now intent on phasing out the Talbot marque. Production of the Horizon continued in Spain and Finland until 1987, marking the end of the Talbot name on passengers cars (the rest of the range had been discontinued in May 1986), although the Talbot Express panel van continued in production until 1992 when the entire Talbot marque was axed.

In 2008, PSA considered re-introducing Talbot to the market, targeting low-budget buyers, as Renault did with its Dacia Logan. It was suggested that these could be models produced in China such as Talbot versions of the Citroën Elysée and of the Peugeot 206.

Talbot had two brief spells in Formula One. The 4.5-litre, six-cylinder Talbot-Lago T26 was eligible for F1 competition post-war, and many examples, both factory and private, appeared in the first two years of the F1 World Championship, 1950 and 1951. Talbots came fourth and fifth in the inaugural World Championship race, the 1950 British Grand Prix, piloted by Yves Giraud-Cabantous and Louis Rosier respectively. The move to two-litre F2 regulations for 1952 effectively ended Talbot's F1 spell as a manufacturer.

There was a brief participation in Formula One in 1981-1982 by associating with Ligier and using its Matra connection to secure a Matra engine for them, and although the cars were known as Ligier-Matras the team was using the Talbot marque and sponsorship. This lasted two years and was moderately successful, Jacques Laffite coming fourth in the 1981 championship with two wins.

The Talbot factory team for the World Rally Championship was founded in 1979, after Peugeot had taken over Chrysler Europe and resurrected the Talbot name. In the team's inaugural season in the series, Tony Pond drove the Talbot Sunbeam Lotus to an impressive fourth place at the 1979 Rallye Sanremo. More success followed in the 1980 season; Guy Fréquelin brought Talbot the team's first podium by finishing third at the 1980 Rally Portugal, and then Henri Toivonen won the RAC Rally, becoming the youngest-ever driver to win a world rally. The rally was a big success for Talbot as the team also took the third and fourth places, driven by Fréquelin and Russell Brookes, respectively. This was also the last time that a two-wheel-drive car won the RAC Rally. In the manufacturers' world championship, Talbot placed sixth.

In the 1981 season, Talbot continued with Fréquelin and Toivonen. Although the team's only win came at the Rally Argentina, driven by Fréquelin, consistent podiums and points-scoring finishes saw Talbot take the manufacturers' title. Fréquelin narrowly lost the drivers' title to Ford's Ari Vatanen. The 1982 season saw the series dominated by the four-wheel-drive Audi Quattro, and with Group B regulations coming up, Talbot withdrew from the WRC. However, the Talbot name continued in the championship, as Jean Todt founded the Peugeot Talbot Sport in 1981. This Peugeot factory team debuted in 1984 and won the drivers' and manufacturers' titles in 1985 and 1986.