The Simca 1100 is an automobile built from 1967 to 1982 by Chrysler Europe's division Simca. It was replaced by the (Simca) Talbot Horizon.

The 1100 was the result of "Project 928", started in 1962, finalized by engineers Philippe Grundeler and Charles Scales. The design was a result of Simca's market research in the early 1960s, which showed the increasing popularity of front wheel drive cars that provided better space utilization and comfort to small cars. In Spring 1962, Simca targeted a 1966–67 launch of a new range of front wheel drive cars with sedans, wagons, and light commercial vehicles to be included, all fitting into France's 6CV tax class – between the Simca Mille and Simca 1300. Both transverse and longitudinal engine placement were tested, and in 1963 the transverse-engine design was approved. The Simca 1100 was one of the first designs outside Fiat to feature a transverse engine with an end-on gearbox and unequal length driveshafts (now near-universal amongst small cars), a possible result of Fiat influence as a major shareholder. 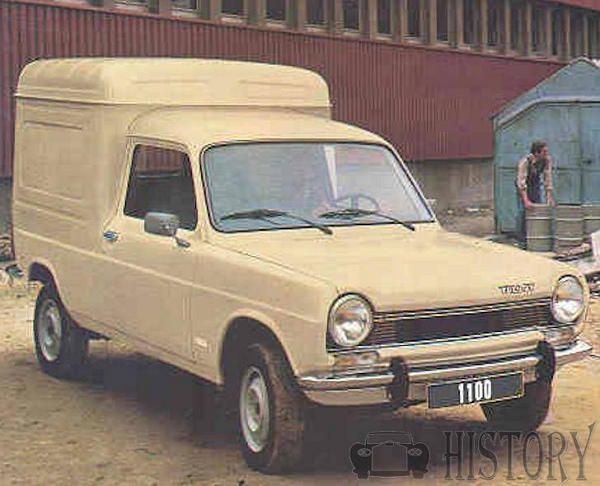 In 1963, Chrysler took a controlling interest in Simca, approving the project in 1964, with a production target of summer 1967. The short timetable included developing a new transmission, and using a larger version of the rear engined rear wheel drive Simca Mille (Simca 1000) engine, displacing 1118 cc (the Mille used a 1.0 litre engine, the 1500 a 1.5 litre engine).

When first shown on Sardinia and the Paris Auto Show in 1967, the 1100 was advanced in design, featuring a hatchback with folding rear seats, disc brakes, rack and pinion steering, an independent front (double wishbone) and rear (trailing arm) suspension using Chrysler-style torsion bars (though Chrysler itself only used them up front), and a full range of controls. Numerous permutations were available, with a manual, automatic, and semi-automatic transmission. The engine was slanted to allow for a lower hood; and the engine, gearbox, and suspension were carried on a subframe to allow the unibody to be relatively unstressed. In American fashion, the body was welded to the frame, not bolted. The 1100 was reportedly studied closely by Volkswagen when the latter company was designing its Volkswagen Golf, after making rear-engined, rear-wheel-drive vehicles.

The 1100 was (along with the pricier Renault 16 & Austin Maxi), one of the first hatchback designs, with a folding rear seat, and in three and five-door variations. Different equipment levels were defined by LS, GL, GLS and "Special" tags. Three and five door station wagons were also included in the range.

The 1100 had a four speed manual gearbox and room for five people. There was also a three-speed semi-automatic gearbox that required manual shifting but used an electronically activated clutch. The 1100s transmission configuration was revolutionary in that it was transverse and axial with the engine giving the "engine on one side, transmission on the other" layout copied on almost all hot hatches and front wheel drive vehicles throughout the world ever since. In France, the 1100 was very successful, achieving best-seller status, but it was less competitive in non-European export markets. In the UK, while recognised as an innovative and capable car, its poor record of body corrosion and top end engine wear counted against it. The engine needed frequent valve clearance adjustment.

Three LCV versions with van, pick-up truck and High Top Van bodystyles were called Simca VF2, and were sold from 1973 to 1985, three years after the 1100 had been removed from the market. In the United Kingdom, these models assumed the Dodge nameplate after 1976 and Talbot in 1979. In 1974, the sporty TI appeared with the 1294 engine (82 PS), at the time when the car also saw a cosmetic redesign. Based on the 1100 chassis, the Matra engineering firm created a crossover derivation engineered named Matra Rancho.

The Simca 1100 was produced in different places; in Sweden, local production was handled by Phillipsons, on the same assembly lines that made Mercedes-Benz cars, and also in Madrid (Spain) at the former Barreiros Diesel factory. Curiously, Spanish-built 1100s were marketed as Simca 1200 and the TI version had an 85 PS (63 kW; 84 hp) 1442 cc engine.

A total of 2.2 million cars were produced. The replacement for the 1100, the C2 project, became the (Simca) Talbot Horizon, and was a runaway success in the United States, where it sold as the Dodge Omni and Plymouth Horizon. The 1100 was also the basis for the Matra Rancho, an early crossover which had serious 4x4 looks but a Simca 1100 basis. 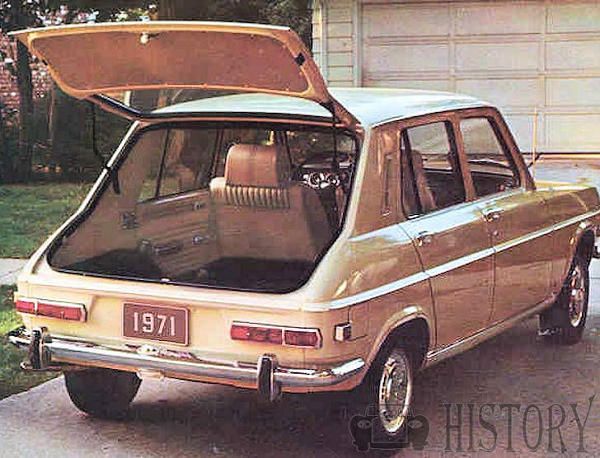