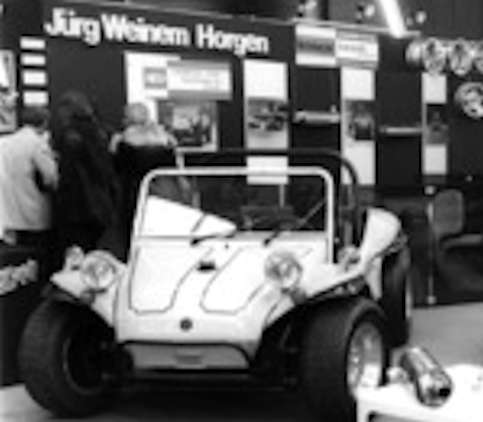 Weinem Automobile is a Swiss car garage and manufacturer of kit car automobiles from the 1970s till the late 1980s .

The racing driver Jürg Weinem operated since 1972 in Thalwil a gas station . At the same time he offered buggies both as a kit and fully assembled Deserter GT from America. In 1978, a contract with Citroën for sales and repair came about. Weinem also manufactures replicas of classic automobiles. Around 1989, the company moved to Horgen .

Initially, about 250 buggies were produced on chassis of the VW Beetle . The drive was provided by the VW four cylinder boxer engines .

Around 1980 came the production of replicas of the AC Cobra , which continues today. Weinem also produces its own chassis . The drive is provided by V6 and V8 engines from Ford with up to 400 hp . The body is optionally made of plastic or aluminum .