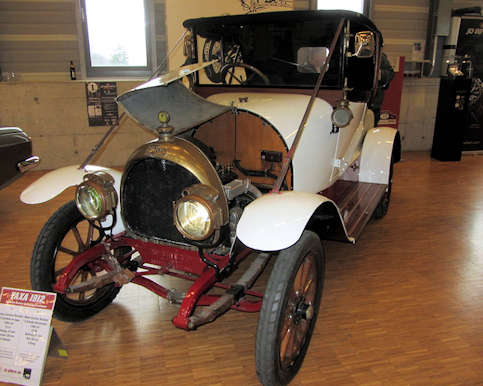 Charles Baehni, who previously worked for Henriod et Cie and Martini , founded the Charles Baehni & Cie company for the production of automobiles in 1912 on Rue de Lancy 24 in the Geneva district of Les Acacias . Participation in the 1913 British International Motor Show in London led to some vehicle sales to England . The dealer network included stations in Bern , Biel / Bienne , Brugg , Freiburg , Geneva,Lucerne and Zurich . In 1914, the production ended after about 100 manufactured copies.

The first model 6/12 CV had a four-cylinder engine from Zedel with side valves. The cylinder dimensions 67 mm bore and 120 mm stroke gave 1692 cc of displacement. There was also a model whose engine had 1847 cc displacement. The transmission had four gears. Special feature was the arrangement of shifter and hand brake lever in the vehicle center. The track width was 125 cm, and the weight of the chassis 500 kg. The vehicles were available in two and four seats. The price for the four-seat torpedo was 7,000 Swiss francs .