Swissauto Burgdorf BE , Switzerland from 1987 on 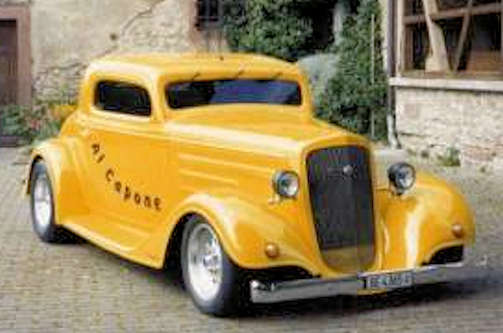 The Wenko AG, Burgdorf also swissauto  is a Swiss company that deals with the development and construction of combustion engines and various types turbocharging concerned.

The company was founded by Urs 1987 Wen ger and beat Ko counter founded and now employs at two locations about 30 employees. At the main site in Burgdorf are engines and vehicles - prototypes constructed and in Mellingen the development of chargers and endurance tests of engines takes place.

In 1989 , the company worked on the optimization of the Judd - V8 -motor the Brabham - Formula 1 teams, with Stefano Modena in the Grand Prix of Monaco won the third place.

In 1992 Wenko worked on concept and engine development as well as on the production of the Swatch car prototype, a preliminary project of the Smart . In 1996, the company completed the low-consumption concept SAVE based on the Smilevehicle, which was the first official three-liter car with gasoline engine and street legal registration. This vehicle concept was awarded the idée suisse prize in 1997 .

In 1998, the new development of the MPE-750 engine was carried out in cooperation with the Weber-Motor AG from Markdorf , which was later implemented in various applications and construction variants. In addition, the former Comprex AG was acquired in Mellingen.

In 2000, the company received the OECD Award for Sustainable Technology in Transport and Infrastructure. In 2001, series production of the SA 250 , which today is the world's most successful four-stroke kart racing engine, began. In addition, since 2003, Wenko has been developing engines for jet skis and snowmobiles , which have already won numerous world championship titles in their categories.In 2007, a cooperation agreement was signed with AVL Graz for the development of a new, powerful test bench for the measurement and development of turbochargers.

In 2008, a prototype base on a VW Golf V was completed, which had a 1.0-liter engine with Hyprex pressure wave charging and 110 kW (150 hp). In 2010, Polaris Industries of Medina, United States, buys the Swissauto.

The Wenko AG, Burgdorf also swissauto is a Swiss company that deals with the development and construction of combustion engines and various types turbocharging concerned.
Updated
Friday, 11 October 2019
Edited By
MCH