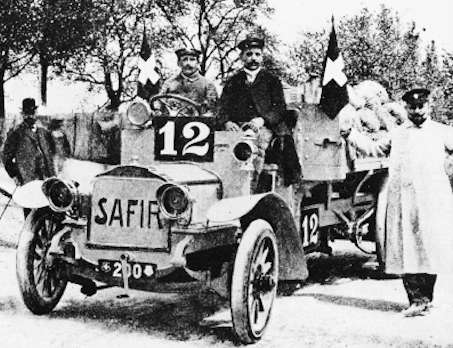 Anton Dufour and Jakob Schmidheiny founded the company Schweizer Automobil Fabrik in Rheineck SAFIR on 14 November 1906 in Rheineck for the production of automobiles. The trade name was Safir , derived from S wiss A utomobil F abrik I n R Heineck. 1907 followed the renaming in SAFIR Automobile and the move to Zurich . In 1910, the production ended after a few dozen produced copies.

On offer were the models 30 hp and 50 hp . The drive was provided by a four-cylinder in - line engine , which was mounted in the front of the vehicle and propelled the rear axle via a cardan shaft. Special features were a directly translated upper gear of the gearbox and the compressed air starter from Saurer . The design maximum speed of the stronger model was stated at 97 km / h.