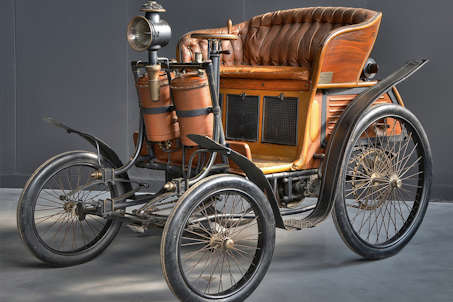 Popp was a Swiss manufacturer of automobiles from the late part of the 19th century .

Lorenz Popp from Basel was the importer of Benz & Cie. for Switzerland. He began in 1898 with the production of automobiles. In 1900 the production was stopped. Only very few vehicles were produced.

The models resembled the German Benz models. There was the model 7 CV with a two-cylinder engine with 1594 cc capacityin the rear. The power transmission took place via a two-speed gearbox and chain on the rear axle. There were bodywork structures with two and four seats.

Popp was a Swiss manufacturer of automobiles from the late part of the 19th century .
Updated
Wednesday, 09 October 2019
Edited By
MCH