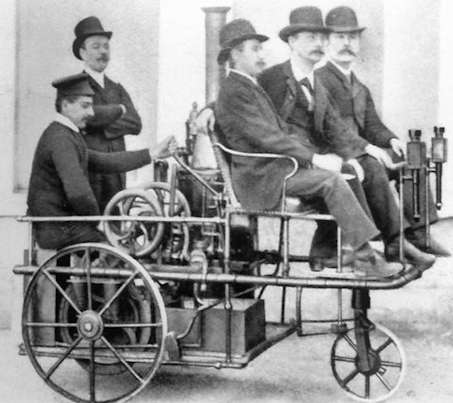 Meyer was a Swiss manufacturer of automobiles from the 1890s.

The enterprise of the brothers Gottfried and Heinrich Meyer from Horgen began 1884 with the production of automobiles. The brand name was Meyer . The production took place in a part of the button factory J. Meyer . Customer and customer of most vehicles was the chocolate factory Lindt & Sprüngli . In 1899, the production ended after five manufactured copies.

The brothers made steam cars. The vehicles had a tubular frame. They had 3 wheels with a single, small front wheel. The front wheel was steered. The boiler was mounted in the rear of the vehicles. The steam engine powered the rear wheels via chains. The first vehicle offered space for two people. Later versions offered space for three to five people.

Meyer was a Swiss manufacturer of automobiles from the 1890s.
Updated
Tuesday, 08 October 2019
Edited By
MCH