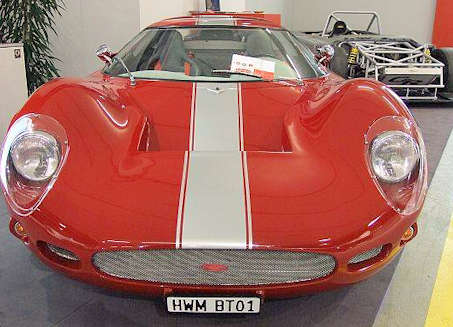 HWM Cars GmbH was a Swiss manufacturer of sports automobiles in the 2000s .

Daniel Hagmann, Andreas Walther and Francis Meier founded the company for the production of automobiles in Safenwil in December 2004 with registered capital of 20,000 Swiss francs . The brand name was HWM ,derived from the names of the three founders. In autumn 2007 the production started. On August 19, 2011, the company was dissolved and deleted from the commercial register in December 2012 found.

The only model was the BT 01 .On a steel space frame was a plastic body in coupe form with Targa roof mounted. For driving the saw V8 engine from the Chevrolet Corvette with 5,700 cc displacement and 345 hp performance.  The engine was mounted in the vehicle center. The original price was 200,000 Swiss francs as few as only 2 built.