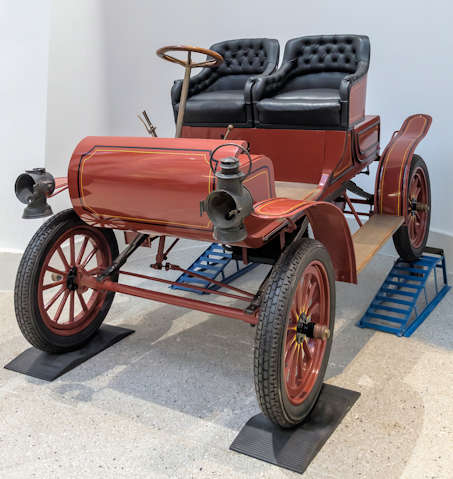 Excelsior was a Swiss car manufacturer from the eary 1900s.

The motor vehicle factory Excelsior was founded in 1905 by the automotive designer Rudolf Egg, the former co-owner of the company Egg & Egli and produced from 1905 to 1907 in Wollishofen on Lake Zurich Automobile.

The first model of 1905 was a licensed construction of the Oldsmobile Curved Dash and was equipped with a single-cylinder engine with 6 hp . In 1906 it was replaced by a four-cylinder model, the built-in motor of Fafnir came.

Excelsior was a Swiss car manufacturer from the eary 1900s.
Updated
Monday, 07 October 2019
Edited By
MCH