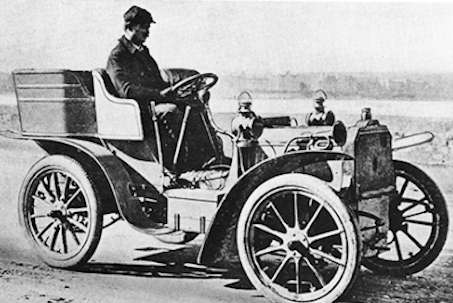 Ateliers Gustave Ernst was a Swiss manufacturer of automobiles in the eary part of the 20th century.

Gustave Ernst, who previously worked for Daimler-Motoren-Gesellschaft , founded the company as a repair shop in Geneva in 1904 and began producing automobiles in 1905. The brand name was Ernst .By 1908 the production ended.

The company initially produced the model 12 CV . The chassis came from Malicet & Blin . A four-cylinder engine from Aster with 2438 cc capacity (84 mm bore and 110 mm stroke ) provided the drive. In 1907 followed the models 14 CV and 16 CV , whose engines had a displacement of 3402 cc. The drive was via a chain. The transmission had three gears.

These models were often also used in mountain races.

Ateliers Gustave Ernst was a Swiss manufacturer of automobiles in the eary part of the 20th century.
Updated
Monday, 07 October 2019
Edited By
MCH