Automotive manufacturer of Switzerland from 1902 to 1987. 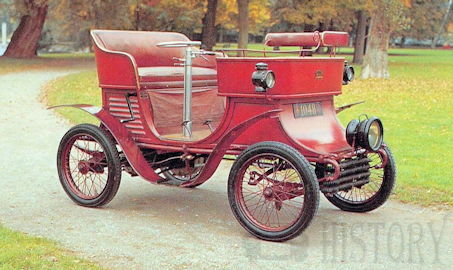 Berna was a Swiss manufacturer of trucks , buses and trolleybuses .The brand name was Berna .

In 1902, Joseph Wyss in Bern started producing motor vehicles bearing the Berna brand name .In 1904 an expansion of the premises was necessary, and it was the move to Olten .

In 1905, Berna began producing trucks. Customers were the private industry, public and private transport companies, fire departments in many communities and armies of several countries. As early as 1906 it was exported, for example to Great Britain , where the distribution by Straker and MacConnell (1906) Ltd , 44, Pall Mall , London W. together with the Italian brands Rapid (automobiles) and Bianchi (bicycles, motorcycles, automobiles) as well as the French Manufacturer Lacoste & Battmann ( Voiturettes ). There is no relation to Straker-Squire, After the rapid collapse of this partner, the import was organized into the Kingdom of Switzerland.

In 1913 British Berna Motor Lorries, Ltd. was incorporated with British capital . based in West Kensington , London W., which built a slightly modified Berna truck under license. The British Berna had larger radiators and were available with 2.5 and 5 tn payload . The British army used in the First World War in addition to 591 Berna from Olten and about 300 British Berna. After the war, British trucks of 3½ and 4½ tn were available for a short time. The English Production ended around 1920, probably in favor of Watson .

During the inter-war period, the Swiss company was in English hands for a few years before being taken over again by Swiss investors.In 1929, Adolph Saurer AG in Arbon , then the market leader in Swiss truck production, acquired the majority of shares in Berna. Under the leadership of the Saurer, the Oltner vehicles were developed together with the Arboner trucks, and synergies were also used in the production of the components.1944 construction of the melee cannon 1 . However, it stayed with a prototype.

From 1974, the vehicle assembly took place exclusively at Saurer in Arbon. In Olten only components were produced. The Berna brand was still marketed independently. Until the end, each type could also be ordered with the bear signet and Berna lettering.

1982: When the hitherto protected Swiss truck market was opened for foreign suppliers towards the end of the 1960s, the comparatively small Swiss manufacturers came under pressure. As a result, Saurer 1982 finally announced the end of the production of commercial vehicles. The newly founded NAW under the leadership of Mercedes still produced the already ordered private trucks as well as the recently commissioned by the Swiss Army 1200 pieces 6DM and 10DM .

In 1983, the last truck built for civilian use was delivered.In 1987, the last Saurer 10DM was handed over to the Swiss Army. In the phase of opening up the market for lorries, Berna's management recognized that long-term truck production in Switzerland could not be sustained. The company was therefore rebuilt. Surface metallurgy was developed into a core business. Two areas were formed, a so-called thin-film and a thick-film division. In the case of the thin layers, systems for coating surfaces with metals have been developed and built using the PVD process. For the thick layers, plasticizing cylinders were protected against wear and corrosion using a special centrifugal method.

Both divisions developed independently and were sold in 2003 by the Saurer Group, which previously held the shares of Berna, as two separate companies.

More information on
Berna (Motorenwerke Berna AG)
Automotive manufacturer of Switzerland from 1902 to 1987.