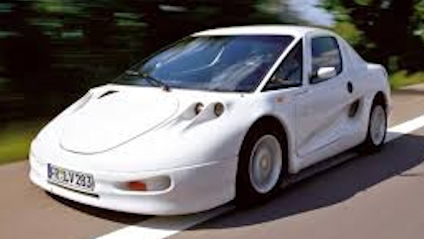 Solon was a Swedish manufacturer of automobiles .

The company Solon AB was founded in 1991 in Varberg for the production of automobiles, after the company founders had already been experimenting with prototypes in Karlstad since 1988 . Later, the move to Uddevalla . In 1995, production was stopped after only a few copies.

Sports cars with electric and hybrid drives were produced . From the first two-seat model SX 2 , only one copy was made. In 1992 followed the 2000 , with three seats next to each other. Later in 1994 followed a four-seater.