Automotive manufacturer of Ystad.Sweden from 1892 to 1894. 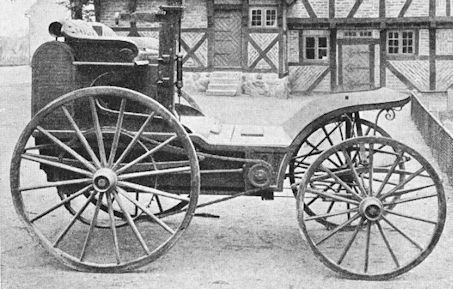 Jöns & Anders Cederholm was a early Swedish manufacturer of automobiles from the 1890s .

The blacksmith Anders Cederholm and his brother, the painter Jöns Cederholm,  founded the company in Ystad . They constructed in  1892 a steam car . 1894 was a second vehicle.

The first vehicle is considered the first motorized road vehicle manufactured in Sweden. The steam engine had a cylinder. The axles were rigid. The maximum speed was stated at 15 km / h. It was destroyed in the first car accident in Sweden on there early trials.

The second vehicle has a two-cylinder engine . The rear axle has a differential.  Jörn Cederholm gave this vehicle in 1915 to a company that got it for posterity. Between 1966 and 1967 it was restored and put in running order. It is exhibited in the Johannamuseet in Skurup .