Automotive manufacturer of Stockholm.Sweden from 2016 on. 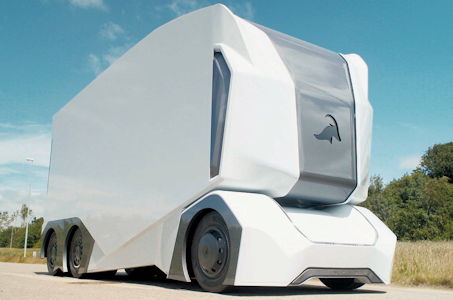 Einride is a Swedish transport company based in Stockholm, Sweden. The company was founded in 2016 by Robert Falck and Filip Lilja.and specializes in Self-driving vehicles. They are known for creating the T-pod and T-log, a vehicle designed from the ground up for fully autonomous and remote operation.

The company was established in 2016 and is one of the automotive companies that are pursuing Self-driving vehicles.The company got its name from the Nordic god Thor, meaning the lone rider. In the Spring of 2017, the company introduced a new type of transport vehicle, the T-pod, which is unique due to the vehicle not having a cabin and for being fully electric truck. The first full-scale prototype of the T-pod was revealed on July 4, 2017 at Almedalen Week in Visby, Sweden. Einride has announced their partnerships with Lidi in 2017 and DB Schenker in 2018.

Einride uses self-driving technology as well as remote operation for the T-pod which allows drivers to monitor multiple vehicles and remotely control the vehicle in difficult traffic situations. On March 28, 2018, Einride announced their partnership with NVIDIA and announced that they will be using Drive PX-series technology in the T-pod.The T-pod can travel 124 miles on a fully charged battery, and Einride is developing charging station solutions to power the vehicles for longer journeys. Einride's goal is to use this technology to create a sustainable transport system free from carbon dioxide. The company plans to have 200 T-pods operate between Gothenburg and Helsingborg by 2020. 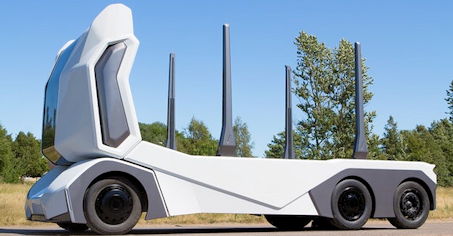 Einride
Automotive manufacturer of Stockholm.Sweden from 2016 on.
Updated
Wednesday, 23 January 2019
Edited By
MCH