Automotive manufacturer of Lund,Sweden from 2016 on 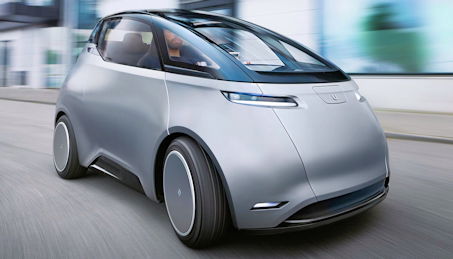 Uniti Sweden is a Swedish automotive startup founded in January 2016 by Lewis Horne (CEO) which is developing a high tech electric city car in Lund, Sweden.

Uniti started as an open innovation project at Lund University and evolved into an independent startup in January 2016. The company aims at changing the automotive codes by redesigning the entire car, which entails removing the steering wheel and most of the mechanical system as well as producing the first sustainable car.

The prototype development is funded through an equity-crowdfunding campaign on the Swedish platform FundedByMe, which was supported by 570 investors who invested €1,227,990.Uniti publicly exhibited the one-piece cockpit concept, called Kepler Pod, for the first time during the 2016 CeBit event. The cockpit has been coupled with a virtual reality system to showcase the head-up display technology which will be featured in the car.Different exterior design concepts have been displayed during a private event in April 2017.

To be lightweight (450 kg) and safe, the car will be made with sustainable composite biomaterials and carbon fibers. Uniti car will have 2 electric motorsdelivering a total output 15 kW (40 kW peak), which allows the vehicle to reach 0 to 80 km/h in less than 3.5 seconds with a top speed of 90 km/h to 130 km/h depending on the version. The urban electric car will have a Li-Ion battery which supports induction and plug-in charge, and capable of supplying 11 to 20 kWh of energy. Depending on the version, the range per charge varies from 150 km to 300 km.

The Swedish car will feature technologies designed in-house such as a steer-by-wire system, an interactive HUD windscreen, a digital human-machine interaction capacity, as well as autonomous driving functions.German industrial giant Siemens has entered into a partnership with the group to produce their Uniti two-seater electric car. Prototypes will be available later this year. The partners are planning to design a fully automated Industry 4.0 facility in Malmö, Sweden, to produce as many as 50,000 cars a year beginning in 2018. 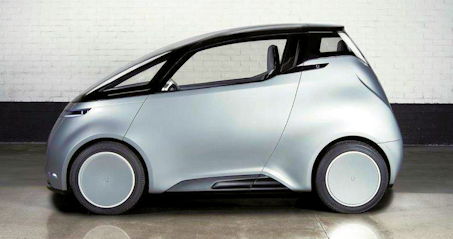