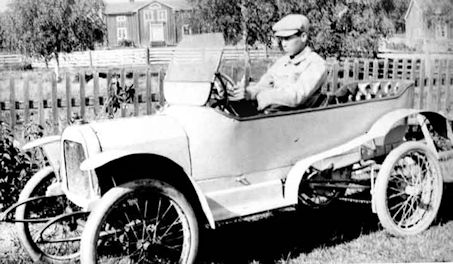 Rengsjöbilen (the Rengsjö car), Jonsson "Bilen" (the car) was the names given to a series of ten cars made by sawmill owner Anders Jonsson in Rengsjö, Hälsingland between 1914 and 1916.

The cars were two-seater in tandem. Length 320 cm and width 120 cm. Weight 445 kg. The engine was 75x100 cc. The body, fenders, chassis and so on was made by Höjens verkstäder in Rengsjö.

Many components, like motorcycle wheels, chains, engine and so on, were bought from other sources. The engine is said to be a water-cooled, two-cylinder, two-stroke made in Morgårdshammar mainly intended for boats. It is reported to have produced between 6 and 10 hp. When production ended several persons joined the car production at SAF in Bollnäs.