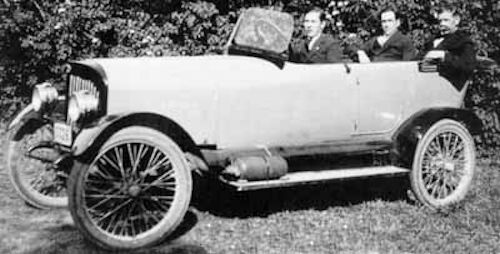 LT was a Swedish car made by Anders Rudolf Lindström, Gottfrid Hansson and Simon Resare.

Car production was first planned in 1909 or possibly earlier, but this first car wasn't a success. In 1923 they made a second model. It had a painted grille, raked windscreen and the design may have been inspired by French cars like the Avions Voisin. It was powered by an air-cooled, two-cylinder engine of their own design and cast at Solbergs Mekaniska in Forshaga. The engine produced 20 HP and was connected to a three-speed gearbox driving the front wheels. The chassis was made of steel tubing and the bodywork of wood veneer.

The workshop was destroyed in a fire and that was the end of LT with only three cars made. The rights were taken over by a company in Örebro.