Car manufacturer Sweden From 1997 on

Jösse Car was a sports car manufacturer founded in 1997 and located in Arvika, Sweden.

They are most famous for creating the 2 seat open top Indigo 3000 car. This car is powered by a Volvo 3 Litre six cylinder engine giving a top speed of 250 km/h (155 mph) with drive to the rear wheels. The body is of compositepanels attached to a space frame. The front suspension is a walking beam design with a transverse composite leaf spring and the rear unit is a multilink from Volvo also using a composite transverse spring. 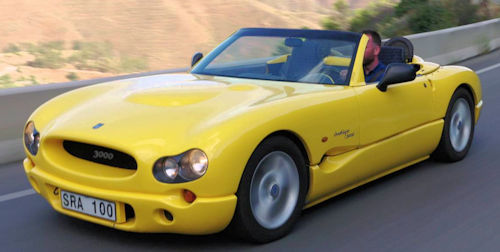