Automotive manufacturer Nyköping,Sweden From 1937 to 2017. 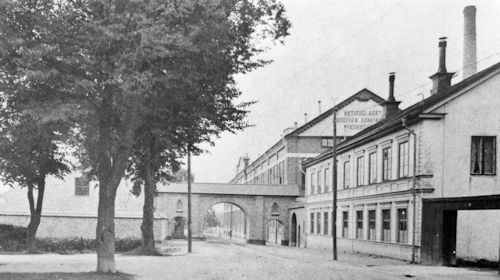 AB Nyköpings Automobilfabrik (ANA) founded in 1937 was an automobile manufacturer in Nyköping Sweden that assembled trucks and cars from Chrysler, DeSoto, Plymouth, Fargo and later also Škoda and Standard and from the mid-1950s also Simca.

In 1960 the company was bought by SAAB and renamed SAAB-ANA and changed into being a SAAB dealership.

On February 4, 1960, Saab's acquisition of ANA was completed. ANA shareholders received SEK 18 million in purchase price and their claims on ANA redeemed in cash. The acquisition created an organization that included both car manufacturing, car imports, tractor imports and dealer networks. In total, more than 100 dealers and a wide range of products were available: Saab 96 and 95, Chrysler , Plymouth , Dodge , Valiant and Massey-Ferguson tractors.. The formal sales start for Saab in ANA was September 1, 1960. ANA also stood for the sale and service of Lancia , and then also Opel and other GM- owned car brands. 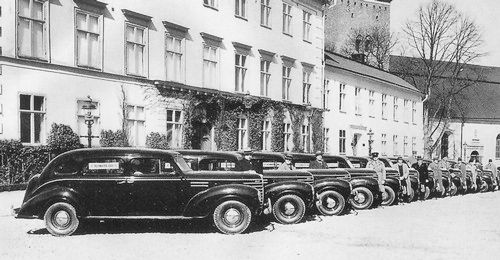 In November 2007, ANA Trollhättan AB was sold to the OK Group , and worked with car sales and engineering services under the name Ana Motorcentrum AB with facilities in Trollhättan and Lysekil.Later sold again in 2017 now as Bilvaruhuset in Trollhättan AB .