Automotive manufacturer Landskrona; Sweden From 1903 to 1907. 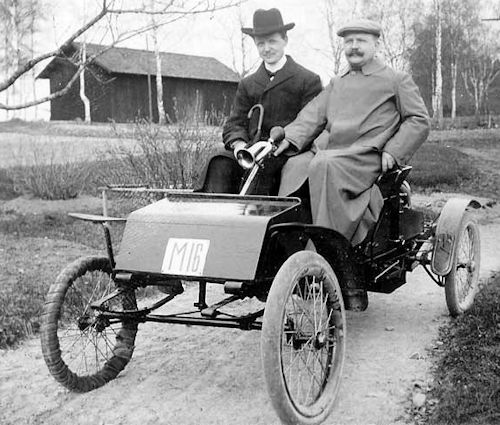 The company from Landskrona was founded in 1890  by Fritiof Karlström in Landskrona, Sweden. for the import of bicycles . In 1903  began the production of automobiles . The brand name was Allvelo  or All-Velo .1907 ended production around about 50  produced. The company sold until 1916 bicycles.

The company manufactured its model Orient Buckboard and distributed it as Allvelo Orient under license from Waltham Manufacturing Company from the United States..

For the drive provided an air-cooled single-cylinder engine and friction wheel drive.  The brake acted only on the right rear wheel. Another model called Allvelo Orel  corresponded to the French Orel .

In 1907 was no longer in production, however. Other models assembled included the French Orel, as Allvelo Orel, and a UK made truck, under the name Allvelo Vulcan.