The Suzuki SX4 is a passenger car of the Japanese carmaker Suzuki , which has been built since 2006 in two generations.

In October 2013, the second generation of the Suzuki SX4 with the additional name S-Cross was introduced to the market. The predecessor remained until summer 2015 as SX4 Classic on offer.

The S-Cross is larger than the SX4, which is noticeable in both the passenger and especially in the trunk (430 l in the S-Cross compared to 270 l in the SX4).

As of September 2016, initially only the 1.6-l Otto engine with 88 kW (Suzuki M16a) and the equally large and also 88 kW diesel (purchased from Fiat) were on offer. Both versions could be ordered with front or four-wheel drive, the gasoline engine with 5 and the diesel with 6-speed manual gearbox were available (gasoline engine) or are (diesel engine). The gasoline engine has been available since the beginning with continuously variable transmission (CVT) (manufacturer JATCO, type "CVT 7"), the diesel since autumn 2015 with automatic 6- speed dual-clutch transmission ("TCSS", manufacturer: Fiat Powertrain Technologies ).

At the end of 2015, the model range was slightly revised; since then, the automatic CVT and TCSS transmissions have only been available in combination with the premium "Comfort +" equipment. Previously, the average equipment "Comfort" had been available with CVT. 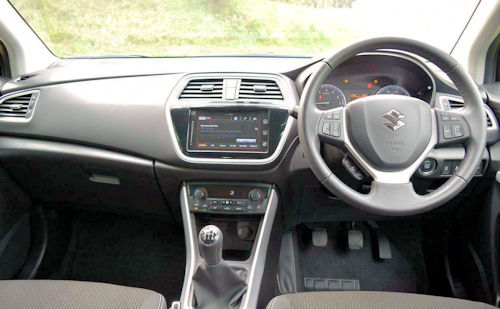 In September 2016, the SX4 S-Cross received a major overhaul. The front was redesigned and the 1.6 -liter gasoline engine with intake manifold injection (M16a) replaced by charged 1.0 and 1.4 -liter gasoline engines from the Baleno and the Vitara , the Jatco CVT gearbox was eliminated in favor the already used in the Vitara 6-speed automatic transmission from Aisin. 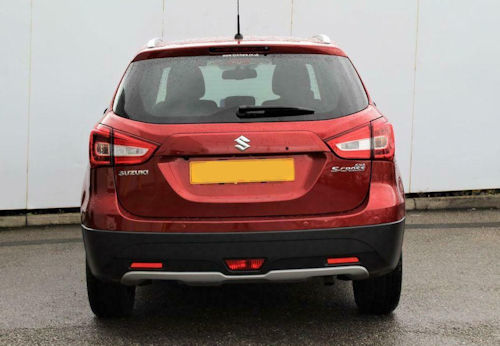