Late in 1963, Rootes were set to drop the Rapier. It was no longer the mainstay of the competitions department because Rootes had directed its competitive effort towards the Hillman Imp and the Sunbeam Tiger. In fact a totally new Series IV Rapier had been designed, prototypes built and testing completed, and then the Rootes Group changed its mind! The new Series IV Rapier became the Mark I Humber Sceptre and the old Series IIIA Rapier was redesigned, hopefully to give it a new lease of life as a touring saloon rather than a sports coupé.

The most obvious difference was the change to 13-inch (330 mm) road wheels in common with the rest of Rootes' Light Car range. This meant that the magnificent but wayward stainless steel wheel trims of earlier Rapiers were replaced by Rootes corporate hub caps and rim finishers. At the front, the car was completely and cleverly redesigned to make it look more up-to-date. A new bonnet made the front look lower and flatter and the front wings were modified to accept extensions housing alloy side grilles and sidelights with amber turn indicators. The traditional Sunbeam grille, already heavily stylised for the Series II, was further modified to give a lower, more square shape with a pronounced convex profile. New headlamp rims were fitted, in fact Sunbeam Alpine items but chromed for the Rapier, and a new front bumper using the same shape and profile as the rest of the Light Car range. At the back, a new full width number plate plinth appeared with a new Light Car range bumper. To give a more open look from the side, the frames were removed from the side windows. Finally, small badges fitted at the bottom of each front wing and on the boot lid proclaimed each car to be a "Series IV". 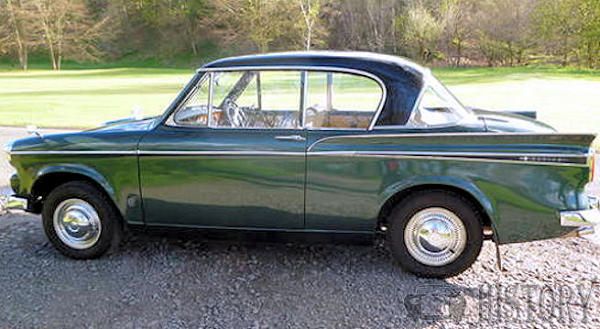 Inside, a new dash, still in walnut veneer, but with the glove box raised into the dash itself allowed the inclusion of a proper storage shelf on each side of the car. Instrumentation and controls were much as before except that the heater switches and ashtray were now housed in a console in front of the gear lever. To aid driver comfort, an adjustable steering column was fitted along with new front seats which allowed more fore and aft adjustment and for the first time, included backrest adjustment.

In common with the rest of the Light Car range, the Rapier's front suspension was re-engineered to replace the half king pin on each side of the car with a sealed for life ball joint. All other suspension joints became either sealed for life or were rubber bushed thereby eliminating every grease point on the car. Gearing was adjusted overall to compensate for the smaller wheels and the front brake discs were reduced in size so that they would fit inside the wheels. A brake servo became standard and the spring and damper settings were adjusted to give a softer ride. A new diaphragm clutch and new clutch master cylinder brought lighter and more progressive clutch operation.

The 1592 cc engine from the Series IIIA was unchanged but the twin Zenith carburettors finally gave way to a single twin-choke Solex 32PAIA in the interests of serviceability. The effect of the new carburettor was to increase power to 84 bhp (63 kW) and torque to 91 lb·ft (123 N·m) at 3500 rpm. 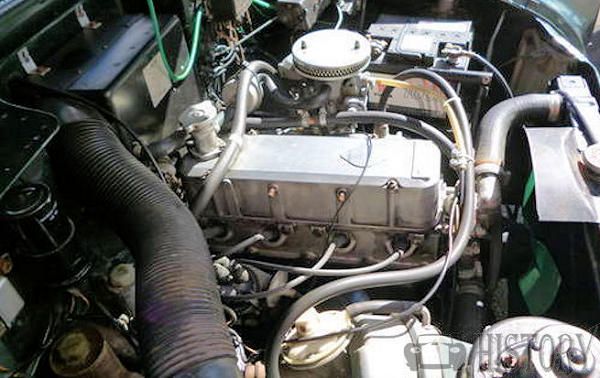 In October 1964, along with the rest of the Light Car range, the Series IV received the new Rootes all synchromesh gearbox, a change which coincided with the introduction of a new computerised chassis numbering system. 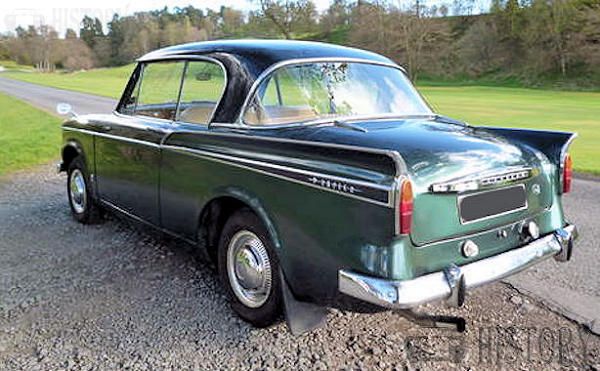