The Sunbeam Rapier Series II was announced on 6 February 1958, available in hardtop and convertible forms. In a move indicative of today's new vehicle launches, Rootes arranged for nine of the new cars to be in Monte Carlo for the press to try at the end of the 1958 Monte Carlo Rally.

The traditional Sunbeam radiator grille was reintroduced, albeit shortened and widened and the spaces at its sides were filled with horizontal side grilles. The two-tone lower body scheme of the Series I was discontinued in favour of a broad full length flash in the same colour as the roof, but the most obvious change was the appearance on the rear wings of pronounced fins. Although the changes originated in the Rootes styling department, they reinforced the link to the Loewy-designed Studebakers; the Series II looked remarkably like a shortened Studebaker Golden Hawk. 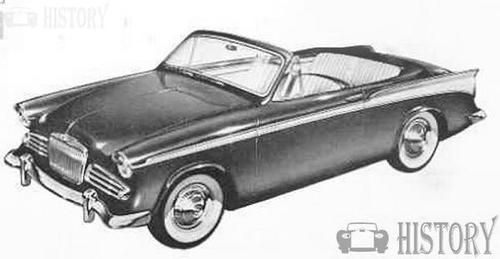 The interior of the Series II was little changed from that of the Series I, except that a floor gear change replaced the column change. This modification, developed on the works Series I rally cars, was an immediate success.To keep costs down, the leather upholstery, standard on the Series I, was discontinued in favour of vinyl and overdrive became an extra cost option.

The greatest improvement in the Series II though, was its new engine. Referred to as the Rallymaster, it had an increased capacity of 1494 cc. The capacity increase combined with a higher compression ratio of 8.5:1 and larger inlet and exhaust valves to raise the power output to 73 bhp (54 kW) at 5200 rpm. Autocar quoted the top speed as 91 mph (146 km/h) with a 0-60 mph time of 20.2 seconds. Also as a direct result of competition experience, the Series II was fitted with larger front brakes and a recirculating ball steering box instead of the rather vague worm and nut box of the Series I.

The Series II was discontinued in favour of the Series III in 1959 after 15151 units (hardtop and convertible) had been built. 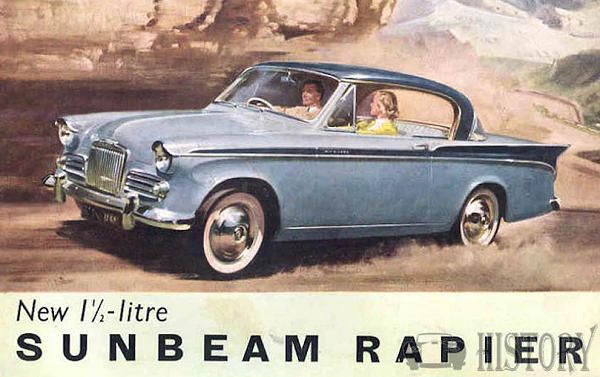