The Sunbeam-Talbot Ten is a four-door saloon manufactured by the Rootes Group between 1938 and 1939, and then reintroduced after the Second World War and sold between 1945 and 1948.A cabriolet version was also available.

The Sunbeam-Talbot-Darraq business fell into the hands of Rootes in 1935, and the new owner's strategy was clearly to use the prestige of the Sunbeam-Talbot name for selling larger numbers of lower priced cars than hitherto. The Sunbeam-Talbot 10 was one of the first products of the Rootes strategy, being in effect a stylishly rebodied version of the company’s existing middle market saloon, the Hillman Minx. 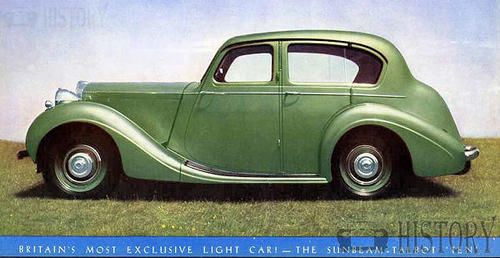 The classic saloon featured the streamlining increasingly characteristic of mainstream British cars in the later 1930s, along with “stand-alone” headlights. Power came from a 1185 cc side-valve engine for which 41 bhp (30 kW) of power output was claimed. All four wheels were suspended using semi elliptical leaf springs. Top speed was quoted as 68 mph (109 km/h) 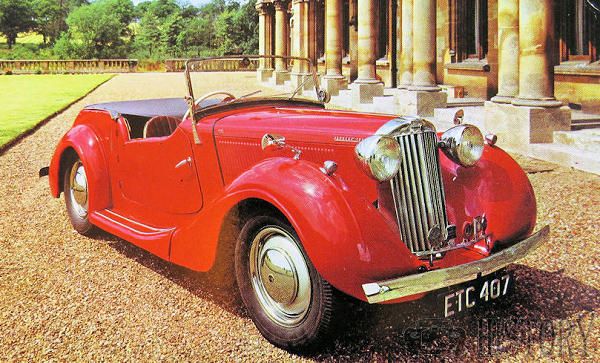 Visually the car was virtually indistinguishable from the faster Sunbeam-Talbot 2-litre, although the faster car was actually about 3 inches (8 cm) longer in wheel-base and overall body length. 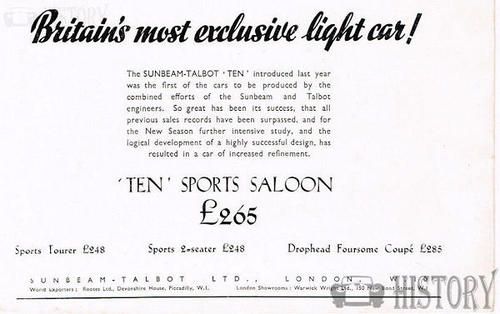