The Subaru Tribeca is a mid-size crossover SUV sold since 2005 by Subaru, the automobile manufacturing division of Japanese transportation conglomerate Fuji Heavy Industries (FHI). Released in some markets as the Subaru B9 Tribeca, the name "Tribeca" derives from the TriBeCa neighborhood of New York City. Built on the Subaru Legacy platform and sold in five- and seven-seat configurations, the Tribeca was intended to be sold alongside a slightly revised version known as the Saab 9-6. Saab, at the time a subsidiary of General Motors (GM), abandoned the 9-6 program just prior to its release subsequent to GM's 2005 divestiture of its 20 percent stake in FHI.

Inspired by the B9X concept car, the Tribeca's original design was criticised at launch and subsequently revised in 2007, along with the model name revised to simply Tribeca in all markets.

Although not sold in Japan, North American markets received the Tribeca in 2005 for the 2006 model year, while it was introduced to Australasia in late 2006, with an introduction to Europe in 2007. In addition to these markets, the Tribeca is also available in Chile, Argentina, China, and parts of Southeast Asia.

The Tribeca, introduced as the "B9 Tribeca" in several markets featured a new corporate face of a triangular grille and a rounded body shape. Subaru also used the grille styling on the Impreza, and the Japanese market Subaru R1 and R2 kei car products. As this styling motif proved controversial, all future Subaru redesigns abandoned this design language.

The grille design was not conceived by designer Andreas Zapatinas, rather by Fuore Design, an independent design consulting firm based in Spain, hired by Subaru before Zapatinas involvement. Andreas Zapatinas and his team were responsible for the design of the interior, and the dashboard in particular. According to an Los Angeles Times article, the grille design was "meant to convey parent-company Fuji Heavy Industries' glorious history in aviation".

The Tribeca was initially powered by the 3.0-liter EZ30 boxer engine paired with a five-speed automatic transmission.

Saab planned to have also retail a version of the Tribeca, to be called the "9-6", but such plans stopped with Toyota's acquisition of the 20 percent FHI stake held by Saab's parent company GM. The 9-6 would have been built alongside the Tribeca at Subaru's Lafayette, Indiana factory in the United States. Saab revised their plans to replace the 9-7X after a short two-year lifespan, and instead the Oldsmobile Bravada-based body-on-frame SUV continued production until the 2009 model year.

The Tribeca was slightly reworked in 2006 for the 2007 model year. The updated model, debuting at the Chicago Auto Show, included a revised grille, revised struts, stabilizer bars, and spring rates. Inside, XM Satellite Radio and iPod connectors were pre-wired, while a backup camera and parking assist system were optional for the navigation system. A "Special Edition" package included a mesh grille, XM radio, and unique wheels. 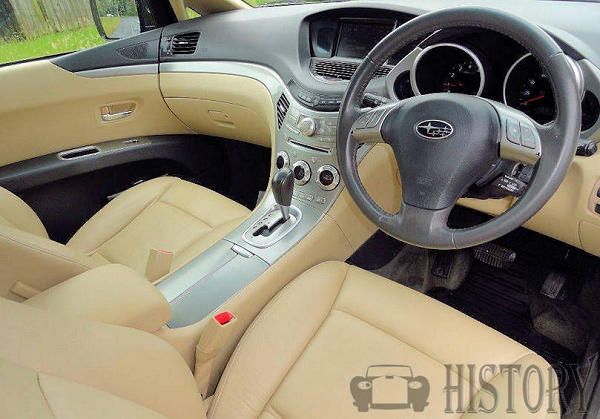 Subaru released the 2008 model yearat the New York International Auto Show in April 2007 with a facelift as well as a larger 3.6-liter EZ36 flat-six engine rated at 191 kilowatts (256 hp). Subaru claimed 10 percent better fuel economy while using regular gasoline fuel (the 2006 and 2007 models use premium gasoline). At the same time, Subaru dropped the "B9" identifier where used, harmonizing the name internationally as the "Subaru Tribeca". The rear of the vehicle was also mildly redesigned—the tail lamps were more rounded, the "cutout" on the hatch above the bumper omitted, and the rearmost side window reshaped. Interior styling was unchanged, but the second row seats were redesigned for more room and easier access to the third row.

The facelift was released quickly after the original model's release, using much of the exterior styling tweaks from the unreleased Saab 9-6. Saab had withheld its version of Tribeca from the public until a July 2011 prototype release at the Saab museum in Trollhättan.

Subaru chose to use an aluminum alloy boxer engine in order to reduce powertrain weight. The Subaru boxer engines have a lower center of gravity than typical inline and V type engines, this helps reduce body roll. The weight of the engine and automatic transmission are balanced instead of being offset. The power delivery is also direct from the transmission to the front wheels, and to the rear wheels through a rear differential, which is limited slip on some models. The front differential is integrated into the Subaru transmission. Other AWD vehicles were first engineered as either front or rear wheel drive, but were modified with an additional, external transfer case and asymmetrical drive shafts to power the additional wheels.

The boxer design also provides near-perfect vibration mitigation because the movement of each piston is exactly countered by the corresponding piston in the opposing cylinder bank, eliminating the need for a counterbalance shaft, and that the movement of the pistons is on a horizontal plane. The only vibration caused by the boxer engine is secondary caused by the cylinders being slightly offset on opposing banks. This vibration, however, is minimal and is largely absorbed by rubber engine mounts. Torque steer is also reduced with this type of power train layout. This is achieved by having the front driveshafts being of equal weight and length, and extend from the transmission to the front wheels at almost perpendicular from the transmission. 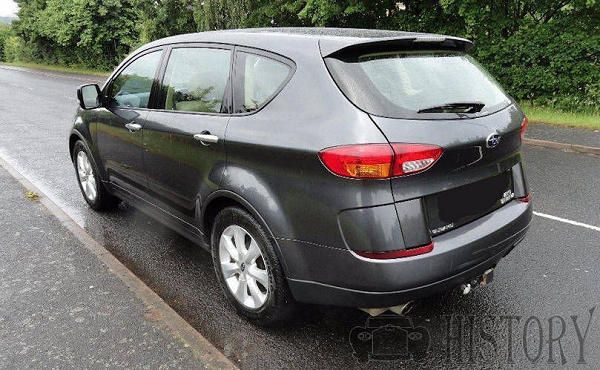