US models went on sale as 2012 model year vehicle. Early models include a choice of 4-door sedan or 5-door hatchback body, 2.0-liter DOHC (148 hp) engine, 5-Speed manual or Lineartronic CVT with paddle shifting 6-speed manual mode. Trim package included base 2.0i, 2.0i Premium, and 2.0i Limited. 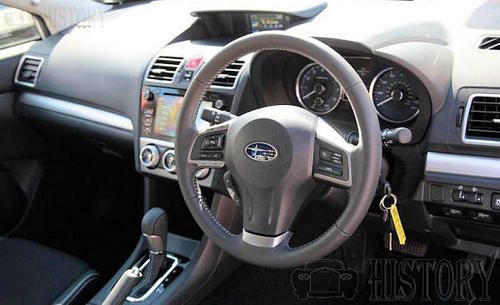 Remaining nearly the same size as the previous series, the new car is lighter and more fuel efficient, plus is claimed to be better packaged. The 2012 Impreza received longer wheelbase that provides more interior room. The Impreza hatchback rear head- and legroom is impressive; two adults can ride in the back of the Impreza with comfort. In the hatchback, the rear 65/35 split seatbacks fold down, offering 52.4 cu. ft. of cargo space.

Higher quality materials are fitted throughout the interior, and due to its larger exterior dimensions as defined by Japanese government regulations, the Impreza is an upmarket product in Japan. It is now almost exactly the same dimensions as the first and second Subaru Legacy (1990-1999).

The third generation high-performance WRX variants will continue on in production until new versions will be released in early 2014. 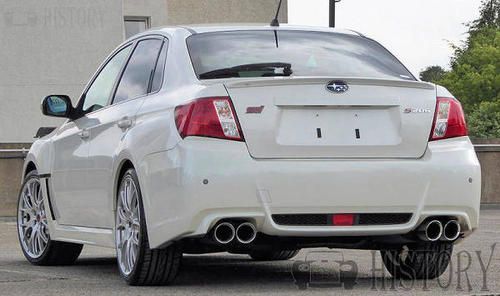 In addition to the regular models, Subaru also offered the Impreza Sport Hatchback in the Premium and Limited trim levels. The so-called American Impreza Sport (not to be confused with the JDM regular hatchback with the same name) has the rugged style with side spoilers, roof rack, different style alloys, and availability of two-tone colors. However it also has the normal ground clearance, unlike the new XV. For the Premium model grade, buyers can choose 5 speed manual or Lineartronic CVT, while the Limited is only come with CVT.

EyeSight consists of two cameras with one on each side of the interior rear view mirror, that use human like stereoscopic vision to judge distances and generally keep tabs on the driver. The system can help maintain a safe distance on the highway, a lane departure warning system, a wake up call when traffic lights change, and even keeps an eye out for pedestrians. Autonomous cruise control system has been integrated into the EyeSight feature as a driver safety aid. This feature is initially available only in Japan, but was expanded to US models of other vehicles, beginning with 2013 Legacy and Outback models.

The production version of the XV was unveiled in 2011 Frankfurt Motor Show, and later in 20th Indonesia International Motor Show.

In North America, the XV is sold as the Subaru XV Crosstrek and was unveiled in 2012 New York International Auto Show. The US model went on sale in 2012 as 2013 model year vehicle. Early models include a 148-horsepower 2.0-liter BOXER engine, five-speed manual or available second-generation Lineartronic Continuously Variable Transmission (CVT).

Production of Subaru XV began at Tan Chong Motor Assemblies Sdn. Bhd (TCMA) in Malaysia was set to began in January 2013, with annual production of 5000 units. Production began in 2012-12-20. 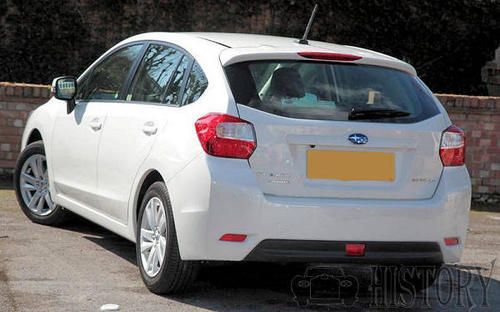