The second generation was first introduced as a 2003 model at the 2002 Chicago Auto Show, based on the new Impreza platform, featuring several fine-tune improvements over the past model. The 2003 Forester features weight-saving refinements such as an aluminum hood, perforated rails, and a hydro-formed front sub-frame. The most noticeable change was the offering of 2.5 L versions (normally aspirated and turbocharged) and in the U.S. the introduction of the turbo charged 2.5L model.

In the U.S., in 2003, a turbocharged Forester, the XT, was released alongside the naturally aspirated X (previously L) and XS (previously S) in the United States as a 2004 model. However, the same model had been available since the late 1990s elsewhere in the world. The X and XS models feature a 2.5 L SOHC engine, while the XT model features a 2.5 L turbocharged DOHC engine. Both engines have timing belt driven camshafts. The XT model uses the same Mitsubishi TD04 turbocharger used in the Subaru Impreza WRX. The engine in the 2004 to 2005 Forester XT is the EJ255. Those seeking additional power for their Forester XT can replace the turbocharger and intercooler with used STI components which are readily available. All Forester 2.5 L engines are of the interference engine type.

In 2004, Subaru launched an STI variant of the Forester, the Forester STI, for the Japanese Market. It shared the same engine as the 2005 Subaru Impreza WRX STI, but thanks to different tuning generated 320 bhp (240 kW). 2005 also saw the introduction of Subaru's AVCS system as standard on all engines used in the Forester. 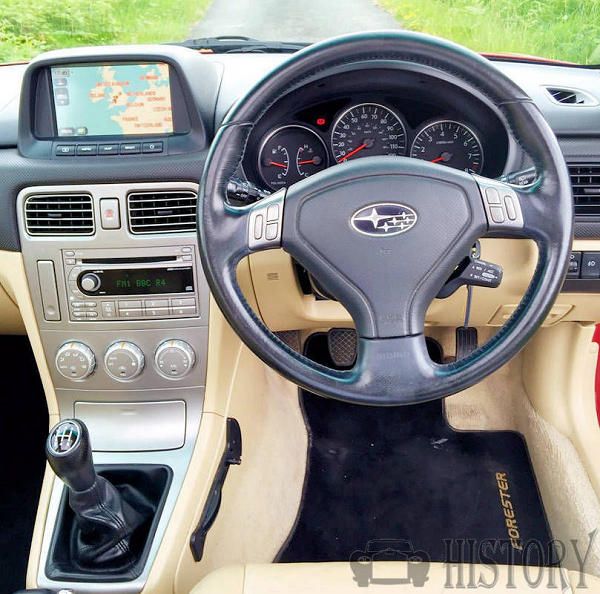 In 2006, the turbocharged engine (powering the Forester XT) was awarded International Engine of the Year.This engine is also used in the Subaru Impreza WRX, as well as the re-badged Saab 9-2XAero.

The U.S. Market was not offered the car with the 2.0L (naturally aspirated and turbocharged) versions. Only two versions were commercialised:

The Forester had three main models available in Australia until July 2005:

The Forester at the time had three main models available in Australia from August 2005 Series II:

The Luxury Pack edition was an option on all models - allowing for leather seats and a sunroof. These options were also included with the Columbia edition. The Weekender edition included fog lamps, roof racks and alloy wheels. Standard with the Manufacture Year 2006 (MY06) Forester came with larger side mirrors with indicator lights, curtain airbags giving a 5 star safety rating, remodelled centre console and exterior with a new look nose, lights and bumpers and the rear lost the large Subaru badge under the rear window.

The Forester was sold in India as a Chevrolet alongside other unique Chevrolet models sold there. However since General Motors no longer holds an ownership stake in Subaru's parent company, Fuji Heavy Industries, sales in India of the Chevrolet-badged Forester have ended. 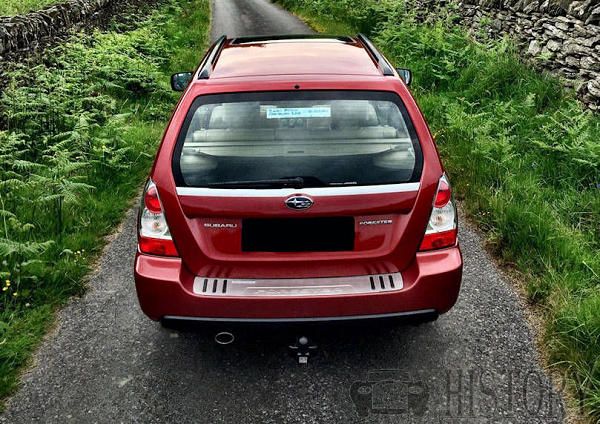