The Subaru BRAT (an acronym for Bi-drive Recreational All-terrain Transporter) is a coupé utility version of the Subaru Leone, built from the late 1970s into the early 1990s. Developed in Japan during 1977 at the request of the President of Subaru of America, the BRAT was designed on the basis of the company's four-wheel drive "Leone" station wagon. It was first introduced for the 1978 model year and followed the concept of the Chevrolet El Camino and the Ford Ranchero.

US versions also had carpeting and welded-in rear-facing jumpseats in the cargo area—serving actually to circumvent a tariff known as the Chicken tax. Although the BRAT could fairly be called a truck, the plastic seats in the cargo bed allowed Subaru to classify the BRAT as a passenger car. This both left little cargo space, and it also caused a few fatalities in accidents. Now you can buy seats to go in the cargo area, but these are much safer as they have five-point seat belts. Passenger cars imported into the US were charged only a 2.5% tariff, compared to 25% on light trucks.

When the Leone was redesigned in 1979 (for the 1980 model year), the BRAT continued to use the old bodywork for another couple of years.

The BRAT was restyled in 1982 and the jumpseats were discontinued after the 1985 model year. The BRAT was introduced with a rise in popularity of small trucks being sold in the USA, primarily from Toyota, Nissan, and Mazda. Production continued into 1993 but ceased to be imported to North America in 1987. It was also known as the Brumby in Australia and the Subaru 284 in the UK. Imports to Europe, Australia, and New Zealand continued until February 1994. The BRAT was not sold in Japan and was manufactured for export markets.

All BRATs had four-wheel drive and the Subaru EA engine. Early models received a 1.6L EA-71 whereas 1981 and later models received a 1.8 L EA-81 engine. 1983 and 1984 models could be purchased with an optional 94 hp (70 kW) turbocharged engine. Manual transmissions were standard on all models and an automatic transmission was available on turbocharged BRATs. 1980 and earlier models had a single-range transfer case, while 1981 and later GL models had a dual range transfer case (DLs still had single range) and all turbocharged models were equipped with an automatic transmission with single range push-button four-wheel drive. 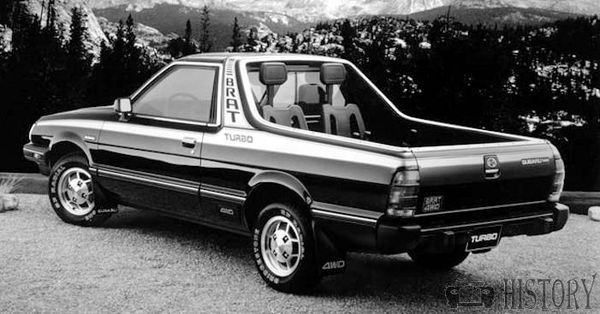 President Ronald Reagan owned a 1978 BRAT until 1998, which he kept at his ranch near Santa Barbara, California. The vehicle has since been restored and returned to the ranch, which is now owned by the Young America's Foundation.

Joy Turner, fictional character from the NBC show My Name is Earl, drove a red white and blue BRAT with a U.S. flag-inspired motif.

In the show George Lopez, George's friend Ernesto Cardenas owns a BRAT that has no radio or air conditioning, and on rare occasion, fire comes out of the vents.

Whiz (portrayed and voiced by Robbie Rist) from the 1980s cartoon Kidd Video drove a yellow BRAT with red stripes.

In the webcomic Achewood, Roast Beef and Ray are both presented with 1982 Subaru BRAT's upon being admitted to Hell.

In the 2004 cult film Napoleon Dynamite, the character of Master Rex Kwon Do (Diedrich Bader) drove a 1982 Subaru BRAT which was painted red. 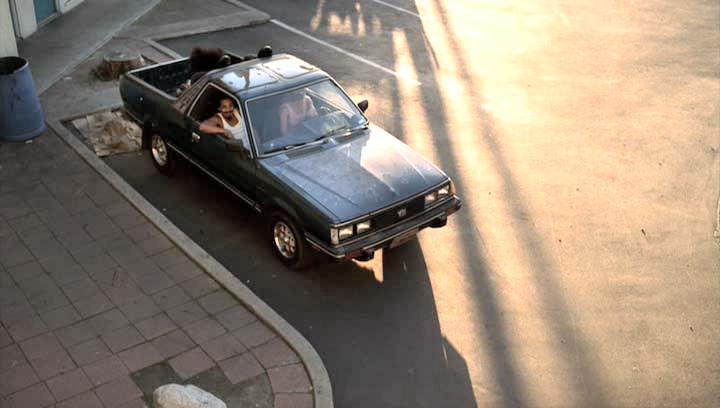