The Subaru Baja  is a coupé utility (pickup), all-wheel-drive, four passenger, four-door, open-bed vehicle manufactured from 2002 to 2006 by Subaru and marketed for the 2003 through to 2006 model years. The Baja combines the handling and passenger carrying characteristics of a traditional passenger car with the open-bed versatility, and to a lesser degree, load capacity of a pickup truck. The Baja is named after Mexico's Baja California peninsula—home to the Baja 1000 off-road race.

The unibody design borrowed heavily from the existing mechanicals, platform and sheet metal of the Subaru Legacy/Outback wagon Production began on July 18, 2002as a 2003 model at the Subaru of Indiana Automotive, Inc. factory in Lafayette, Indiana. 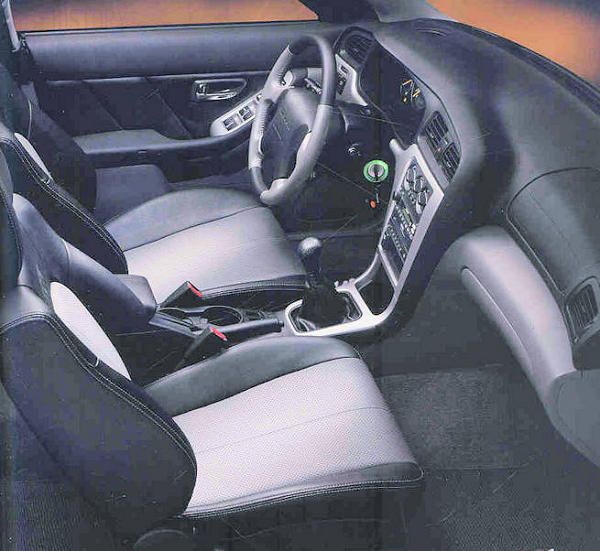 Working with technical support from Subaru Japan, a special team led by Peter Tenn, Subaru senior designer, penned the Baja in the United States. According to an August, 2002 interview with Tenn, "the Baja's jarring look is homage to rally-race trucks. It's supposed to look funky, look different. It doesn't fit any category, and we knew that going in. It's not like anything else on the road. And that's important to a lot of people."

In a package 150 mm (6 in) longer than an Outback,the Baja featured a four-door passenger compartment along with a 1,040 mm (41 in) open bed and drop-down tailgate. A system marketed as the "Switchback"allowed the rear passenger seat to fold down and a small thru-hatch to fold inward, allowing an extended length of 1,910 mm (75 in) to the end of the open tailgate. A light in the instrument cluster signaled an "open" status for the Switchback.

The Baja received the 2003 and 2004 J.D. Powers's APEAL (for Automotive Performance, Execution and Layout Study) Award—measuring owner delight with the design, content, layout and performance of their new vehicles for "Most Appealing Compact Pickup" and the Consumer Reports 2006 highest score for reliability in the pickup truck category

With Subaru projecting to sell 24,000 per year, only 30,000 were sold over four and a half years. Subaru discontinued Baja production in April 2006. However, Subaru stock-piled an inventory of 2006 models before discontinuing production, allowing dealers to continue to selling 2006 models as late as February 2008. The Baja was removed from the Subaru USA website on July 31, 2007, following its removal from the Subaru Chile website in April 2007. 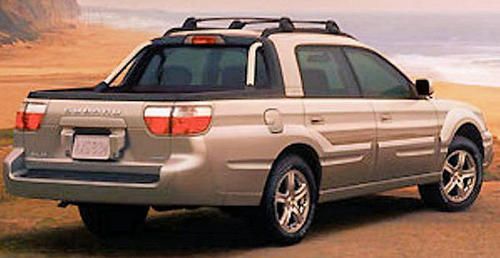