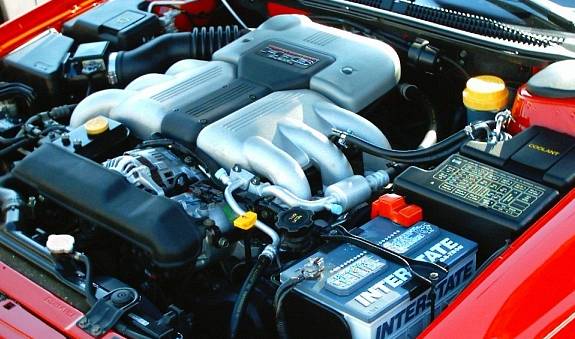 The Subaru EG33 engine was a direct replacement for the ER engine. The ER had been used only in the Subaru XT6, which was being replaced by the Subaru Alcyone SVX, and the company took the opportunity to create a new engine based on the more modern EJ rather than the EA engine series.

As with the ER27 was to the EA82, Subaru took the EJ22 design and created a six cylinder version to make the new EG33. However, this four-valves-per-cylinder engine was DOHC, and valvetrain parts came from the not yet released EJ25D.