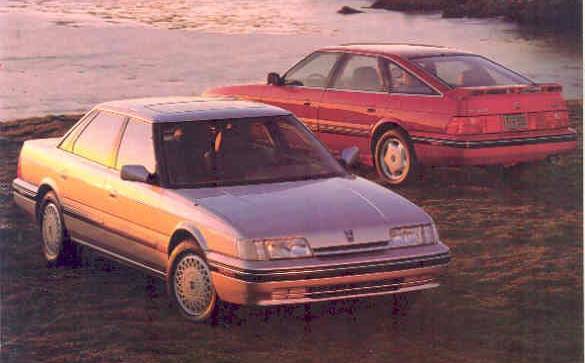 The only Sterling model that was sold was the 800 series, which was a rebadged Rover 800-series but with different specifications tailored for the American market. In 1987 and 1988, only the sedan body-styled 825 (trims S or SL) was offered. In 1989, the fastback was added alongside the sedan, coinciding with the introduction of a new, larger, Honda engine and was called the 827 (1989 trims S, SL, SL Limited or SLi; 1990 trims S, Si, SL or SLi; 1991 trims Si or SLi).

In the United States and Canada it was available only with the V6 gasoline engine. By 1989, the instrumentation had been changed to gauges sourced from a different component builder (losing the oil pressure gauge and voltmeter in the process) and build quality had started to improve year for year. However these changes were too late to prevent the US-market version from later being withdrawn after poor sales.

The 2.5 L Honda V6 was a completely different engine from the Rover KV6 engine introduced in 1996 (only sold in the U.S. in the Land Rover Freelander), although the two share the same 2.5 L capacity and V6 architecture. 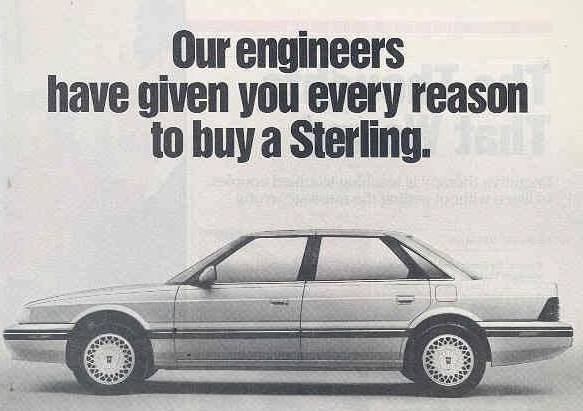 Experience in the market

Sales in America were initially strong, due to the appeal of classic 'British' interior design, combined with a clean and up to date exterior design, both of which compared well with its sister the Acura Legend. U.S. sales hit a high of just over 14,000 cars in 1987. All models came with extensive, real wood interior trim. The SL models also feature ABS, power Connolly leather seats, and two-tone paint as standard equipment.

While dynamic characteristics and performance were broadly similar to the Legend, due to the shared platform, core structure and power units; detail spring and damper changes gave each model its own unique feel. The Sterlings were the sportier cars, with less float and an overall tighter feel than the Acura Legends. The ride/handling compromise was defined through the shared use of Honda's double wishbone front suspension that allowed a very low hood line, but offered limited wheel travel. This meant that on poorer road surfaces, there was a greater possibility of reduced traction.

Early build quality of the 800 was demonstrably poor as measured by J.D. Power. The various problems included issues with interior trim, problematic Lucas electronics, and paintwork. Corrosion problems in early models would also mar its reputation. All of this contributed to the eventual demise of Rover in the United States. The Sterling fell to the bottom of J.D. Power surveys, while ironically its twin, the Japanese-built Acura Legend, had enjoyed top rankings its first year. 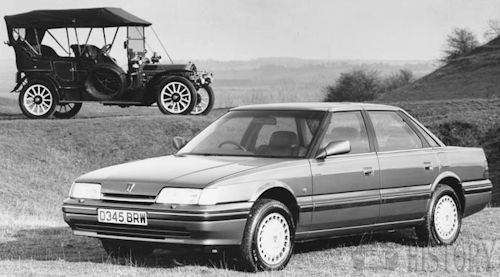 Combined with the effects of the strong British currency, Rover was losing money, and recovering lost ground with the facelifted car and its coupe sister was not deemed possible, and Rover Cars announced its withdrawal from the North American market in August 1991. At the time of the announcement, the company had sold less than 2,000 units so far that year.

Despite this exit from the U.S., these vehicles can still be seen on the U.S roads, and remain in service—unlike most "orphan" vehicles—as many parts are still readily available for the Sterling since it shared most major mechanical components with the more popular Acura Legend; any Honda or Acura dealer can service a Sterling.

After the withdrawal from the U.S. Market, the Rover 800 remained popular in Europe, especially following the major R17 facelift and was kept in production until 1998 when it was replaced by the Rover 75. 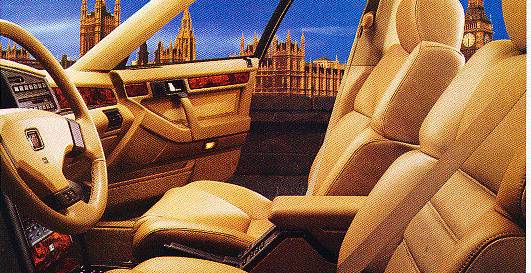 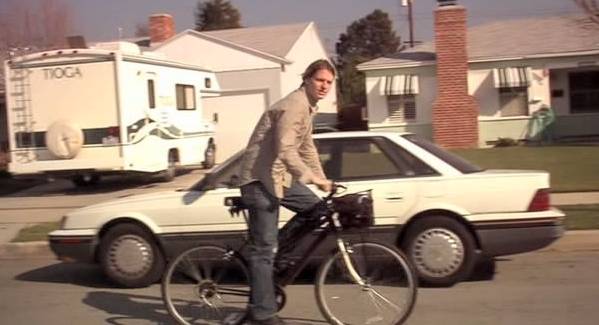