The car used a conventional chassis on which was mounted the American-inspired semi-streamlined four-door body, which resembles a Plymouth. Suspension was independent at the front with coil springs and a live axle and leaf springs at the rear. Front and rear anti-roll bars were fitted. The brakes were hydraulic with 9-inch (228 mm) drums all round. To make the most of the interior space a column gear change was used.

The same wet liner engine was used throughout the range until the advent of the Six model in 1960 and was an overhead-valve unit of 85 mm (3.3 in) bore and 92 mm (3.6 in) stroke with single Solex downdraught carburettor. The compression ratio was 6.7:1. Wet cylinder liners were fitted. The engine was very similar to the ones made by Standard for the Ferguson tractor that they were making in large numbers.

The transmission at first was by a three-speed gearbox with synchromesh on all forward ratios, controlled using a column-mounted lever. The option of Laycock-de-Normanville overdrive was announced at the end of 1949 and became available a few months later, priced for UK buyers at slightly under £45 including purchase tax.

Broadening the range of available bodies

An estate car joined the range in 1950 and, for Belgium only, some convertibles were made by the Impéria coachbuilding company. The body was updated in 1952 with a lowered bonnet line, a wider rear window and a new grille featuring a wide horizontal chrome bar in place of the narrow more closely packed slats of the original grille. 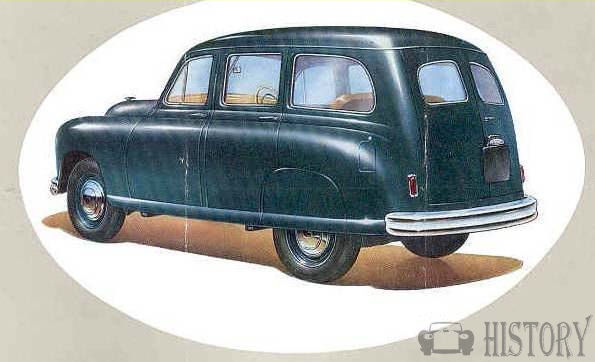 In line with the post-war British export drive, virtually the total output was exported for the first two years of production and only in 1950 did significant home market deliveries start. The Vanguard was intended to achieve export sales- with a particular focus on Australia. During the immediate post war period, cars were in short supply, creating a "seller's market". Restricted availability of the Vanguard helped attract willing buyers.

Closer to home, in the slowly recovering West German market the Standard Vanguard recorded 405 sales in 1950, making it the country's fourth most popular imported automobile, in a list otherwise headed up by much smaller cars from French and Italian manufacturers. In fact, the Vanguard sales in 1950 accounted for more than 70% of the British cars sold in West Germany that year, customers of other UK manufacturers having reportedly been caught out in the late 1940s by the lack of a dealer network and difficulties in obtaining replacement parts. 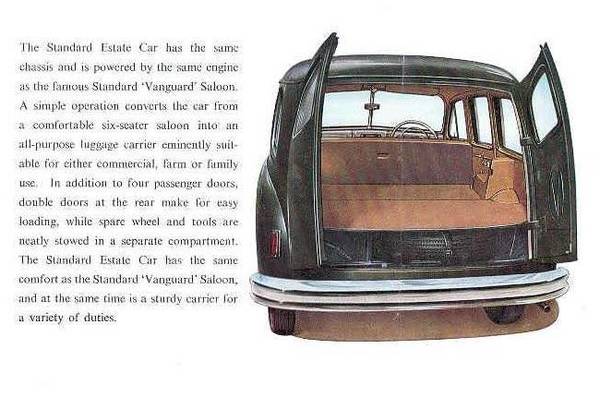