The SsangYong Musso is a mid-size sport utility vehicle (SUV) manufactured by the South Korean automaker SsangYong Motor from 1993 to 2005. "Musso" means rhinoceros in Korean. 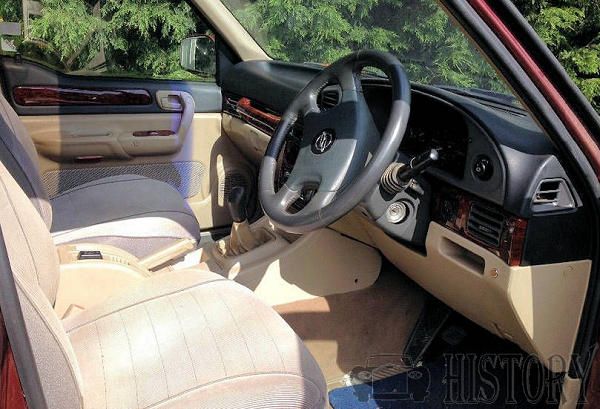 The car was designed by Briton Ken Greenley and received the Auto Design Award from the Birmingham Auto Show hosted in 1994 and 1996. Also known for its off-road abilities, the vehicle won the Pharaohs Rally of Egypt for 4WD vehicles in October 1994. A facelifted version has been available since 1998.

The Musso seats five people and its wheels are fit for off-road driving, similar to its smaller sibling, the Korando. The SsangYong Musso Sports, a Musso variant with a truck bed, was released in later years.

The Musso is available in Russia as TagAZ Road Partner, produced by TagAZ in Taganrog, Russia (since 2008) and also in Iran as Musso, produced by Moratab Khodro Co. (since 2003). It was sold in Vietnam by Mekong Auto Corporation from 1997 to 2005.

Vehicles launched in 1993 | Off road cars