The SsangYong Kyron is a mid-size sport utility vehicle (SUV) built by the SsangYong Motor Company. It has a 104 kW (139 hp)/310 N·m (230 lb·ft) Mercedes-Benz diesel engine and was designed by MG's Ken Greenly. In 2007, the Kyron received a facelift in an attempt to take on board the criticism of the previous version and improve the company's image.

The XDi270 diesel engine is available on the Kyron increasing the performance to 121 kW (162 hp)/340 N·m (250 lb·ft). Both the XDi200 and XDi270 uses the 3rd-generation Common Rail technology.The direct injection system slightly boosts the power and fuel efficiency. The new third generation ECU is operating on 32-bit platform rather than the 16-bit found on the previous 2 generations of commonrail technology. There is also 3.2 MPI engine available reaching up to 162 KW - 220 hp. The transmission is Mercedes Benz T-tronic model W722-6 5 speed.

A hybrid model was also due to be released using the same system as the C200 Eco, however plans were paused due to SsangYong's financial difficulties. 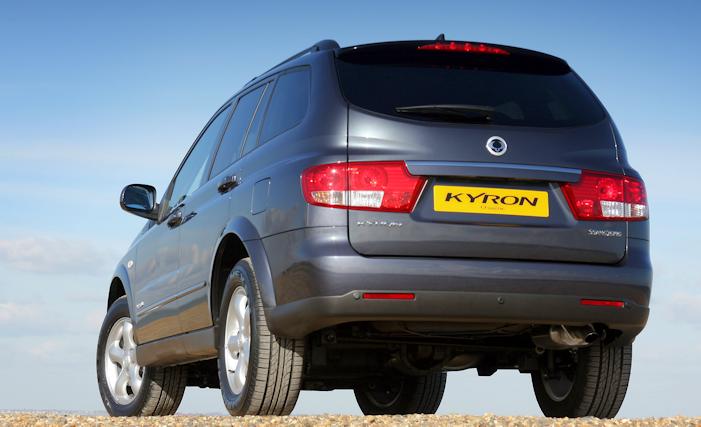