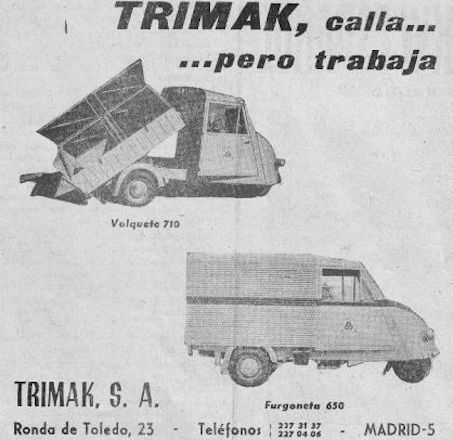 Trimak SA was a Spanish manufacturer of light automobiles .

The vehicles largely corresponded to the models of Moto Scooter , which were manufactured until 1959. This was a light 3 wheel automobile , in which the single wheel was at the front.

The vehicle was only available as a van and with a flatbed. For the drive provided an air-cooled single-cylinder engine with 14 hp , which was created after a license of the Polish manufacturer Lew . The engine was mounted under the seat and powered by a cardan shaft to the rear axle. The payload was 650 kg.