Automotive manufacturer of Barcelona,Spain from 1921 to 1925. 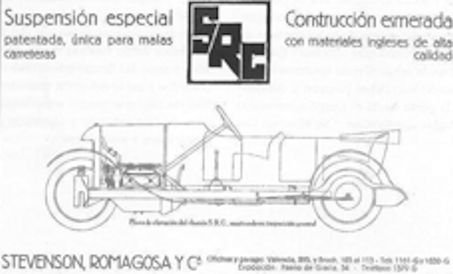 Stevenson, Romagosa y Compañía was a Spanish manufacturer of automobiles in the 1920s .

The company from Barcelona began in 1921 with the production of automobiles. 1925 ended production. The brand name was SRC .

The company acquired the license rights of Automóviles Matas and manufactured the vehicles without major changes. It originated vehicles with four-cylinder engines . There was a choice of engines from Dorman and MAG .