Automotive manufacturer of Ontinyent.Spain from 1955 to 1957. 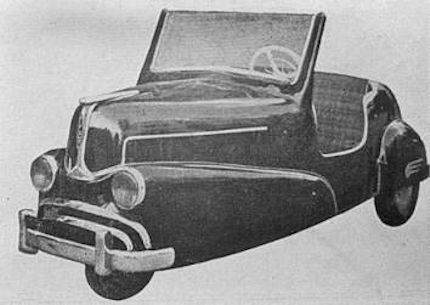 Pulga was a Spanish manufacturer of small automobiles in the 1950s .

The company from Ontinyent began in 1952 with the development of automobiles. The designers were Juan Labrés and Vicente Mas. 1955 started production, which ended in 1957 after about 60 manufactured copies.

The only model was a 3 wheel car . The drive was provided by a single - cylinder two-stroke engine mounted above the front wheel by Hispano Villiers with a displacement of 197 cc . The design maximum speed was specified at 75 km / h. The open body could accommodate two people. The vehicle length was 240 cm, the vehicle width 140 cm.