Automotive manufacturer of Barcelona.Spain from 1917 to 1919. 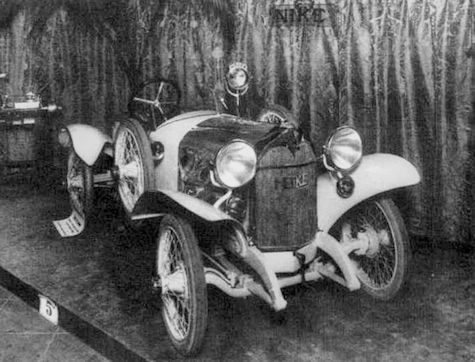 Automóviles Nike was a Spanish manufacturer of automobiles in the 1910s .

The company from Barcelona began in 1917 under the direction of J. Alejandro Riera with the production of automobiles. In 1919, vehicles were presented at the Motor Show in Barcelona. In the year ended the production after five manufactured copies.

The designer was Antonia Riera Cordoba. The only model was the 12/15 HP . The self-made four-cylinder engine featured light metal pistons. The radiator figure showed the Greek goddess of victory Nike in accordance with the brand name .

More information on
Automóviles Nike
Automotive manufacturer of Barcelona.Spain from 1917 to 1919.