Automotive manufacturer of Zaragoza.Spain from 1939 to 1940. 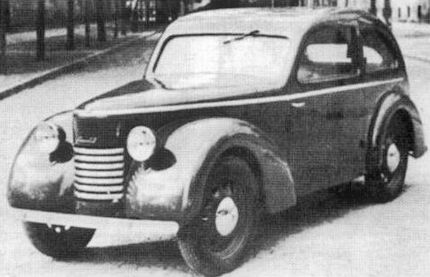 Nacional G was a Spanish car brand in the late 1930s.

The company Tecnico Industrial in Zaragoza began in 1939, led by Natalio Horcajo and Martin Gomez with the production of automobiles.Due to the 2nd world war in 1940 the production ended. The main vehicles featured transmission that had three gears. The vehicles had a central tube frame and independent suspension. There was a two-door sedan and a convertible .The plan was to produce 5,000 vehicles a year. In fact, only four copies were made.