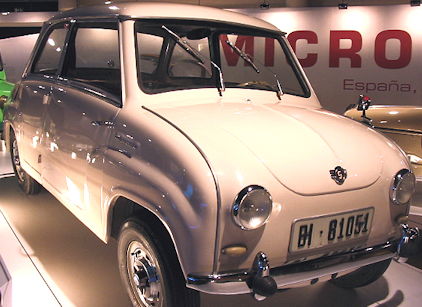 Munguía was a Spanish manufacturer of small automobiles in the 1960s.

The company Munguía Industrial SA (Munisa) from Bilbao began in 1962 with the production of automobiles. In 1966, the production ended after about 8000 copies produced.

The Goggomobil of Hans Glas GmbH was produced under license . The vehicles were equipped with two-cylinder two - stroke engines in the rear. In addition to the sedan , other body styles such as an extended sedan, a simpler sedan without rear side windows for business use, a van and a station wagon were offered.the commercial C350 and the F350 and K400S Combi vans were manufactured in addition to the T350 and T400 cars (versions S, T and L).