Automotive manufacturer of Spain from 1957 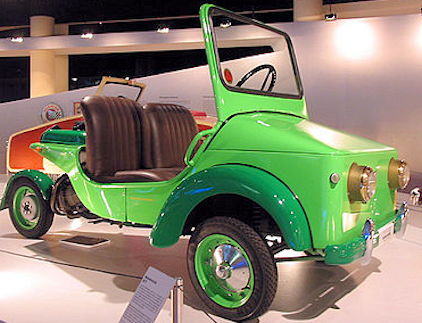 MT is a former Spanish manufacturer of small automobiles in the 1950s .

The company Maquinaria y Elementos de Transporte , short MT  from Barcelona began in 1957 with the production of automobiles. In the same year the production was stopped. There were only a few copies produced.

The only model was a small 3 wheel car with the single wheel at the back. The single-cylinder engine with 175 cc capacity made 7 hp and was mounted in front of the single rear wheel in mid-engine design. The open body could accommodate two people. With electric startup,  It had wheels of 3'50 x 10, hydraulic brakes in front and mechanical back. It reached 67 km / h.