Automotive manufacturer of Valencia. Spain from 1953. 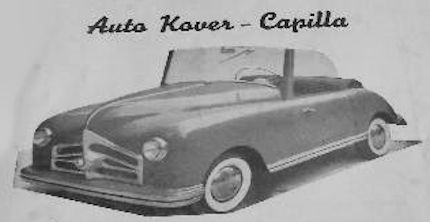 Kover Capilla was a Spanish manufacturer of small automobiles in the 1950s.

The company offered two different micro cars. Both were open four-wheeled, but one model had wings and the second more 50s type body (above). For the drive provided a single-cylinder enginewith 198 cc displacement . There was also a motor tricycle, the front had a cargo area.