Automotive manufacturer of Madrid Spain from 1919 to 1920. 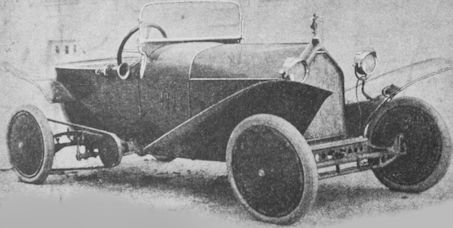 Autociclos Dobi was a Spanish manufacturer of automobiles for a short time in the late 1910s .

The only model was a sports cyclecar that became popular at the time .  For driving a provided two-cylinder engine of Douglas motor . The power transmission took place with belts. Overall, the vehicle resembled the models of David company .