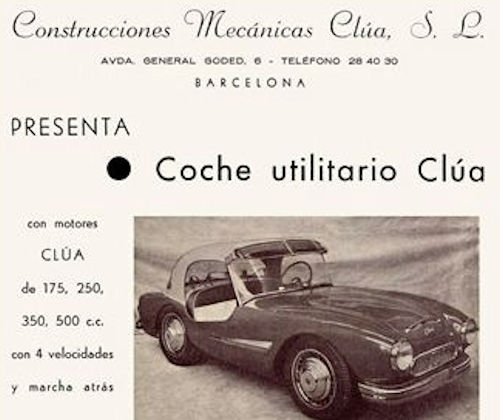 Clúa was a car brand from Spain . Manufacturer of the vehicles was the motorcycle factory Construcciones Metálicas Clúa from Barcelona .  Between 1955 and 1959 they were small cars.

The open body made of plastic, designed by the Spanish coachbuilder Serra , to accommodated two passengers. 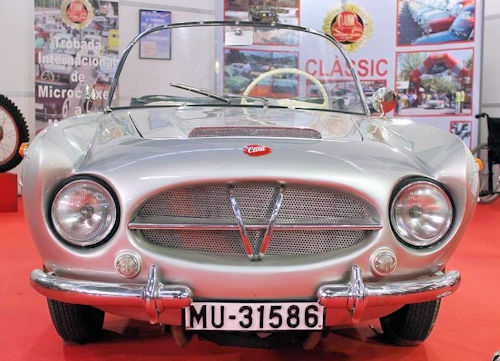