Automotive manufacturer of Madrid.Spain from 1920 to 1922. 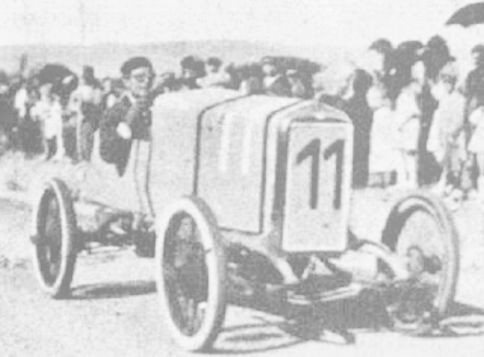 Construcciones de Automóviles Izaro Srl. was a Spanish car manufacturer from the 1920s .

Don José Azqueta came from the island of Izaro . They managed the company, based in Madrid from 1920, automobiles, as Izaro marketed. 1922 ended the production.

In the 21st century, a descendant planned to reuse the brand name with the new company Izaro Automóviles .

The company produced small cars. There was a choice of three - cylinder two-stroke engines and four-cylinder four - stroke engines . They had between 600 cc and 750 cc displacement . On October 16, 1921 two vehicles were used in a car race in Vilafranca del Penedès .