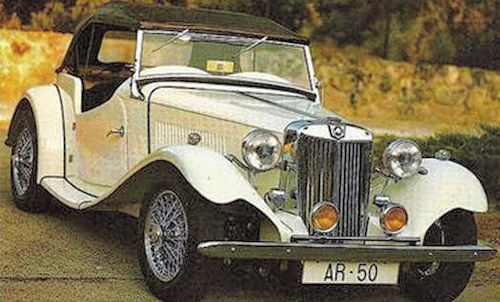 The company Auto Réplica , AR for short , was founded in 1979 by Francisco Pueche in Madrid for the production of automobiles. In 1980, the first prototype was ready, which was presented in 1981 at the Salón de Barcelona. In 1985 the production was stopped. There were only a few copies produced.

The only model AR 50 Roadster was a replica of the MG TD . For driving the provided four-cylinder engine from the seat 1430 with 1,438 cc engine capacity .