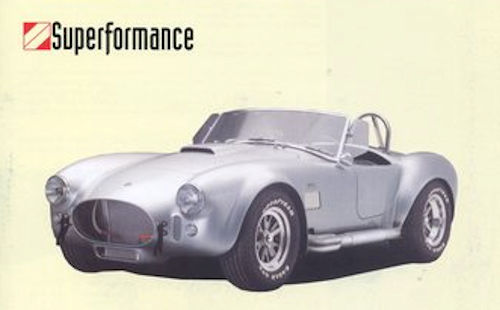 Hi-Tech Automotive is a South African car manufacturer. The brand name was initially only Hi-Tech ,  since 1996 Superformance.

The company was founded in 1992 . The production of automobiles began . The seat is in Port Elizabeth . Superformance LLC from the USA sells the vehicles in the United States.

Since 2000, the S 1 supplemented the assortment. This is a vehicle in the style of the Lotus Seven . A four-cylinder Ford engine with 2000 cc and 160  hp power drives the vehicles. With turbocharger engine provides 220 hp.

Also presented in 2000, but only from 2001 is offered the model coupe . It is the coupé version of the MK III and is similar to the 1964 Shelby Daytona Coupe. In addition to the well-known from the Roadster Ford engines with 5.7 and 7 liter displacement is also a Roush V8 with 6600 cc displacement and 501 hp.

Since May 2005, there is also the SPF GT , a replica of the Ford GT 40 .From 2001, the Noble M 12 was assembled in collaboration with Noble Automotive from England .